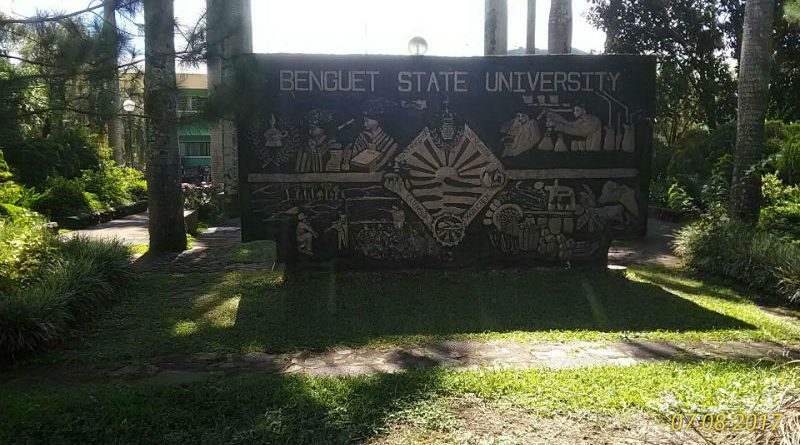 LA TRINIDAD, Benguet – Benguet Caretaker Congressman and Anti-Crime and Terrorism through Community Involvement and Support (ACT-CIS) Party-list Rep. Eric Yap challenged the present administration of the State-run Benguet State University (BSU) to make the institution a catalyst of development not only in the province but also in the Cordillera Region.

Speaking during the Investiture of Dr. Felipe S. Comila as the 7th BSU president and the 35th Charter anniversary of the state university, Yap, who chairs the powerful House committee on appropriations, stated that BSU, through its new leadership, must start working on being a pillar for the growth and development not only of the province but also of the region through various aspects so that it will not be confined in being a premier academic institution.

The lawmaker said that BSU must already stamp its class to allow the establishment of significant linkages and partnerships with other institutions that will pave the way for extensive collaboration to allow the infusion of technology and other development tools in the crafting of programs, projects and activities geared towards uplifting the region’s state of development.

Congressman Yap claimed that Benguet should lead the way in the planning, implementation and monitoring of the overall development thrusts of the region being the center for research and extension among the existing state universities and colleges so that whatever will be the latest development tools will be incorporated in the development plans of local governments and even the existing institutions within the region.

According to him, he endorsed Dr. Comila as the new BSU president because of his passion and his big heart to serve the institution as he does not know him personally having met him instantly in an occasion in Tuba, Benguet last July 2020 where the latter sought his support for the said coveted position.

He pointed out that if Dr. Comila fails in his leadership in the institution, he will be the first one to initiate for his removal from his post before he steps down from being the province’s legislative caretaker by 2022, thus, the new BSU president has his hands full in the realization of his programs, projects and initiatives that will allow the institution to soar to greater heights.

He pointed out that he is not afraid to support anyone to occupy a position in the government provided that he or she will have the heart to serve and without any derogatory record from investigating bodies because they are one with him in rendering to the people genuine public service.

Congressman Yap assured concerned stakeholders of BSU that he will actively participate in the crafting of the development programs and projects of the institution so that his vision for the higher education institution to be a catalyst of development will be achieved because he wants the province to be known as a well-developed province in the country being the center for agriculture and ecotourism.

Earlier, the caretaker congressman started to aggressively promote Benguet as a prime tourist destination in the country by inviting the contestants to the Miss Universe – Philippines 2020 to visit and have their photo and video shoots in selected tourist spots in Benguet.

This post has already been read 442 times!LA TRINIDAD, Benguet –  Benguet Caretaker Congressman and Anti-Crime and Terrorism through Community