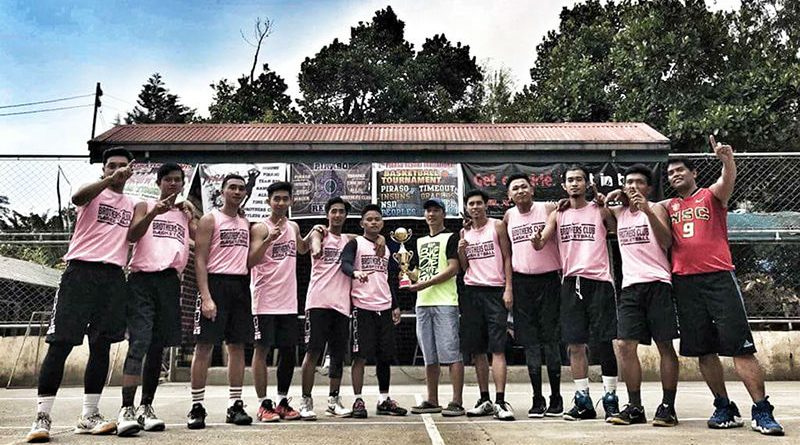 Coming out confident and fresh, both Time-Out and the Brothers Club squads e showed their doggedness to win with very well strategized their game plans to outwit the other that brought about a low scoring championship match up.

Brothers Club started the first canto by opening up a slight advantage over three-time Piraso Champions Time-Out, posting a 17-21 quarter score. The second canto action saw Brothers Club gaining momentum to take a four point advantage, 19-13, that further pushed their lead, ending the first half of play with a 30-40 score.

With a ten point advantage, Brothers Club maintained their lead through defense, manhandling the fourth straight tile-seeking Time Out in the third. That prevented them to rally in a situation where both teams entered the penalty situation. At the end of the third, Brothers Club maintained their ten point advantage, 52-42, with both teams scoring 12 apiece.

Time Out felt their shoulders full of pressure as the fourth quarter starts.  It taunt the squad to try cutting off the Brothers Club lead beyond the arc. They sank three out of five rainbow shots but, the Brothers Club attacked the paint, baiting for fouls for a possible three point plays and sent Time out in penalty situation to successfully finished the game with an eight point lead and bag their first Piraso Cup while ending Time Out’s dominance.