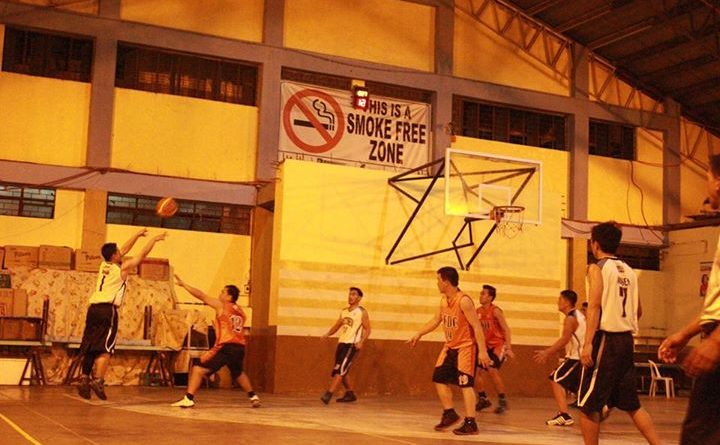 Jovencio Caleno nailed 46 points to lead the Capitol Choir in outlasting the Theresians Little Way, 93-87, and climb back to .500 and boost their semis chances in the Second Season of the Laity’s Cup last December 10, 2014 at the San Jose Gym, Poblacion, La Trinidad, Benguet.

Capitol outscored the Theresians in each of the first three quarters to take a 76-65 lead into the fourth. Caleno poured in 38 of his points during this stretch. A three point barrage by Lemuelle Vinluan sparked a Theresian fourth quarter rally. Vinluan tallied 11 along with Jemson Argabis’ seven in a furious run that just fell short.

Jeff Bernal supported Caleno with 25 points. Vinluan finished with 31, 21 of them coming from downtown. Agrabis had 27.

Cy Pacdit sanked four triples en route to a 20 point performance to lead the Stars on 40’s in thrashing the Sacred Heart Choir, 74-55, to climb above .500. After a slim four point halftime lead, the Stars tightened their defenses, allowing only 27 points to Sacred Heart while pouring 38 themselves to get their fifth win.

The Stars converted a total of eight triples for the night.  Jan-jan Berad fired 31 points, seven of them coming from the line, topscoring for Sacred Heart.

Six Brethren scored in double figures as they overturned the Shepherds, 101-72, in the last game of the week. With the win, the Brethren made their possession of second place stronger. From a 26-23 lead after the first quarter, the Brethren went on a 25-7 tear to pull away. Another superb third quarter, a 33-14 output, effectively put the outcome out of question.

Ronan Milo led Brethren with 18 points. Lucky Demot finished the game with 27 for the Shepherds. The Shepherds converted 10 treys, seven of them by Demot.

Brethren – alumni of San Jose School from school year 2004 -2006; Capitol – Liturgical Choir of Provincial Capitol; CCDC Admirals – educators from the Cordillera Career Development College; Joseans – San Jose High School Teachers and Alumni; Knights – representatives of Knights of Columbus, San Jose Chapter; LTBIBC ESCUDO, representatives of the La Trinidad Benguet International Baptist Church; McDonalds – representatives of McDonalds, La Trinidad; Prodigals – Former Seminarians from the Cordillera who are currently base in Baguio and La Trinidad; Sacred Heart – Choirs based in Sacred Heart Church, La Trinidad; Shepherds – teachers from the different Diocesan School of Diocese of Baguio; SPO & Friends – mostly from the Sangguniang Panlalawigan Office of the Province of Benguet complimented by other offices under the jurisdiction of the province of Benguet; Stars on 40 – Compose of Government employees who pursue healthy lifestyle by means of playing actively the game;  Theresians – representatives of St. Therese Church of Tomay, La Trinidad; and Victory Global – Employees of VG Company.