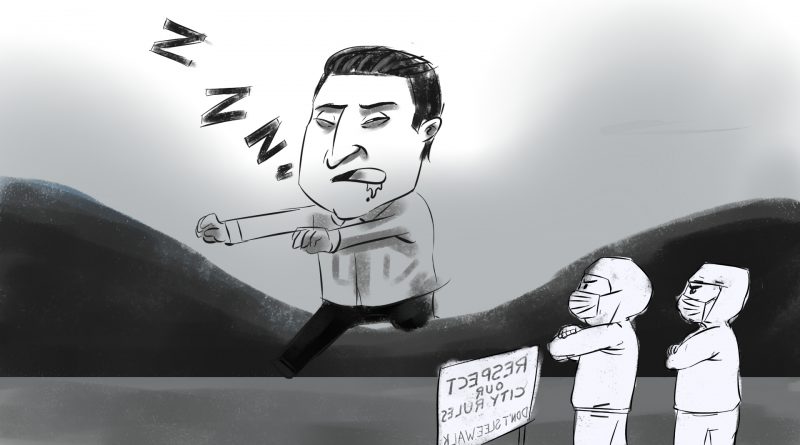 The national and local inter-agency task forces for the management of emerging and reemerging infectious diseases crafted basic health and safety protocols that must be implemented down to the grassroots level as among the precautionary measures to prevent the rapid spread of the dreaded Corona Virus Disease (COVID) 2019 in the different parts of the country, especially in areas that have either no COVID cases or those with very limited number of similar cases. Basic protocols in the mandatory wearing of face masks, physical distancing, frequent hand washing and observance of personal hygiene have been widely advocated by concerned government agencies, local governments and the private sector to support the established precautionary measures that will significantly reduce the spread of the deadly virus to the different communities.

Further, local governments were empowered to craft their own quarantine protocols to supplement the ones that were readied by the task force to ensure that stringent guidelines will be enforced to continue restricting the movement of people while slowly opening up the economy because of the heavy impact of the implementation of the Luzonwide enhanced community quarantine (ECQ) that was downgraded to general community quarantine (GCQ) and eventually modified GCQ in most of the areas in the country. Part of the regulations that were imposed by the local governments include the issuance of medical certificates by the city or municipal health office of the place of origin of locally stranded individuals wanting to return to their places to ensure that said individuals are clean. Before the issuance of the medical certificates, the locally stranded individuals must undergo the rapid diagnostic test to ascertain that they are free from the deadly virus.

However, there had been numerous instances when the quarantine protocols in most areas in the country had been grossly violated by the local governments because there had been many people who had been going in and out of the different places due to the fact that they had been escorted inside and outside the said areas.

The issue on San Jaun City Mayor Francis Zamora and his 30-man entourage having violated quarantine protocols in Baguio city was simply blown out of proportion that caused the outright relief of the mayor’s police escorts and the subsequent filing of appropriate charges against them. It is unfortunate that the concentration of the public is on Mayor Zamora when there are other people who had been constantly violated the quarantine protocols in their areas without being bashed in the social media. Is it because Mayor Zamora is personality in Metro Manila that the matter on violation of quarantine protocols is being hurled against him to the extent that there are some quarters who want him declared persona non grata in the city.

In Tabuk city, forerunners of the Oplan Padatung such as the Rotary Club of Tabuk are now being accused of allegedly violating quarantine protocols in the city for allowing an alleged COVID-19 patient to board a chartered bus without being tested and given the clean bill of health by the concerned city or municipal health office from their places of origin in Metro Manila. Upon arrival in the quarantine checkpoint in the city, all the 25 bus passengers were subjected to rapid test where one of them turned out to be positive and eventually turned out positive in his swab test thereby becoming the first COVID-19 case in Tabuk and Kalinga. City hall insiders claimed that organizers of the program did not event write the local government a form letter on the matter that could have enhanced their coordination and could have prevented the gains of the EC from being ruined.

We cannot understand why there are some sectors who project themselves to be caring for the needs of their stranded townmates from other areas of Luzon but it seems such concern is actually tainted with personal and political interest. It is too unfortunate that because of their desire to appear as hometown heroes in their own right, they grossly violate the established quarantine protocols just to make it appear that they are good in the sight of the beneficiaries. Now is the time to work together for the welfare of the people in our places and not the time to take advantage of the situation to advance our own political and personal interests. People actually know those who are really working to serve and those who simply do lip service.

We should not go to the extent of grossly violating the established quarantine rules jus to satisfy the interest of a few but compromising the welfare of the majority. Surely, we do not want the deadly virus to rapidly spread in our midst that is why each one of us is trying to keep safe so as not to compromise their productivity at a time when the economy is trying to recover from the virtual slump. Let us avoid breaching proven health and safety protocols so that we will be able to survive the prevailing global pandemic and its effect to the overall economy, especially that everyone is now searching for sustainable jobs and adequate sources of livelihood to feed and uplift the living condition of their families.