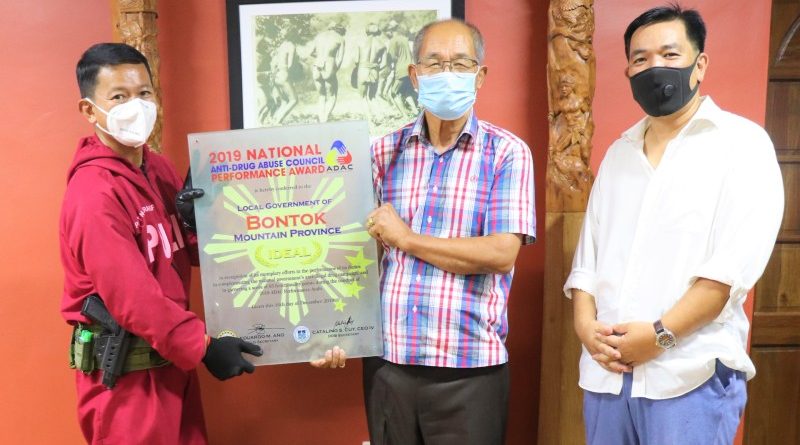 The other awardees in Mountain Province are the municipalities of Sadanga under the leadership of Mayor Gabino Ganggangan and Paracelis headed by Mayor Marcos Ayangwa.

Bontoc garnered a score of 95 functionality points with its evident effort to implement, coordinate and complement the national government’s measures to eradicate the country’s illegal drugs problem.

Bontoc Mayor Franklin Odsey who is also the Chairperson of the Municipal Anti –Drug Abuse Council (MADAC) credited the award the collaborative efforts of the partner national government agencies, religious sectors, other stakeholders, and the community.

Among the notable program of the capital town through its MADAC is the Community Based Treatment Program known as the Bontoc Emergency Response to Addiction (BonTERA) that it offers to drug personalities/ drug surrenderers.

This post has already been read 565 times!The city is not yet inclined to open inter-regional public transportation to avoid