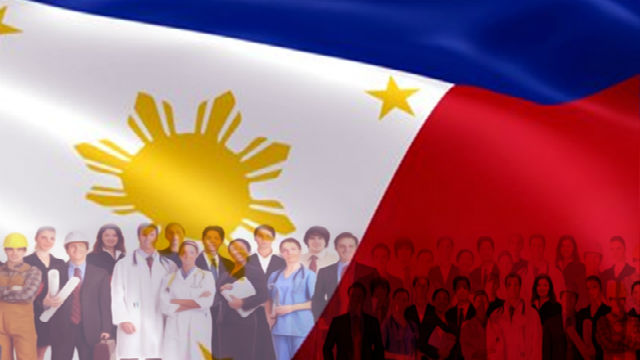 Bontoc, Mountain Province – Sixty students are employed this summer vacation under the Special Program for the Employment of Students (SPES) of the Bontoc municipal government.

Caluza emphasized the selection of SPES workers is based on the “First Come, First to Comply with Requirements Basis”.

“There is no reservation of slots. We comply with the guidelines especially on the Income Tax Returns of both parents which must not exceed the Provincial Poverty Threshold after tax deduction which is P130, 620.00 per annum, and the applicant must have 75% passing grade,” Caluza said.

Caluza said that the SPES beneficiaries will start work on April 29, 2019 and must complete a total number of 20 official working days excluding Saturdays, Sundays and holidays.

The SPES workers in the four central barangays of Bontoc will either be deployed to the nursery or offices of the municipal government corresponding to their skills, while those from the Upland Zone (Barangays Mainit, Maligcong, Guina-ang and Dalican), Riverside Zone (Barangays Bayyo, Talubin, Caneo and Tocucan), and ALBAGO (Barangays Alab Oriente, Alab Proper, Balili and Gonogon) will be deployed in their respective barangays to help in the Clean and Green Program of the government.

Considering that Bontoc is a second class municipality, Caluza mentioned that the SPES workers shall be compensated a salary of P406.09 per day with their wages coming from the 60% share of the municipality  and the 40% counterpart of the DOLE.

To ensure that SPES workers are well-informed of their duties and responsibilities, an orientation was held on April 24, 2019, at the Bontoc Municipal Capitol in addition to the sharing of  Population Program Officer Elizabeth Faba-an on the life skills necessary to empower themselves to become productive members of the community.

The SPES workers were also advised to submit the post-SPES requirements immediately after the SPES duration to hasten the release of their wages.  All SPES workers must submit their Daily Time Records (DTRs) and Accomplishment Reports duly signed by them and respective supervisors to the PESO–Office of the Municipal Mayor to be compiled for the preparation of the SPES salary representing the 60% counterpart of the municipality. After their salary have been processed and released, the PESO shall prepare a Terminal Report to be submitted to the DOLE–Provincial Office for the preparation of the SPES workers check representing the 40% counterpart of the DOLE.

In his message, Bontoc Mayor Franklin Odsey encouraged the SPES workers to do their best in their work adding that the program will not only help the students earn money, but also gain experience during summer break.

Odsey also credited the realization of the program not only due to his action, rather the result of a harmonious alliance and with the unwavering support of the Sangguniang Bayan.

Vice Mayor Eusebio Kabluyen seconded the pronouncement of Mayor Odsey and urged the SPES workers to perform at their best of the work assigned to them.

The SPES, a yearly job generation program of the government, is intended to help poor but deserving students to pursue their studies by providing them employment during a vacation to augment their tuition fees for the coming school year. It aims to develop the intellectual capacities of children and harness their potentials for the country’s well-being.