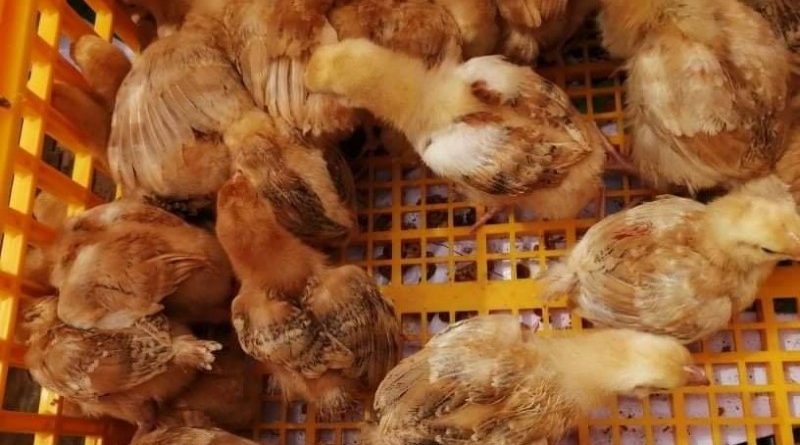 BONTOC, Mountain Province – Fifty-two farmers or backyard raisers in this capital town who were affected by the African Swine Fever (ASF) are grateful recipients of 1,040 heads of Kabir chicken and 936 kilograms of starter feed on August 13, 2021, at the Provincial Veterinary Office.

Kabir chickens are similar to native chickens. Accordingly, it is superior for meat conversion because of its rapid growth, good body conformation, and efficient feed conversion.

According to Administrative Officer Ross Kiat-ong of the Office of the Municipal Agriculturist (OMAg), each beneficiary received 20 chicks and 18 kilograms of feed. The municipal government, through the OMAg, conducted monitoring and validation of farmers affected by the ASF and requested possible assistance from partner government entities.

In response, the provincial government through the Provincial Disaster Risk Reduction and Management Office (PDDRMO) funded the livelihood assistance for the said farmers.

Bontoc Mayor Franklin Odsey acknowledged the joint effort between the national, provincial, and municipal governments as it will largely benefit farmers in the municipality.

“Since our province is not yet clear of the ASF, poultry farming is seen as a substitute for our protein needs so take care of the chicks that the government is giving for everyone to benefit from it,” he added.

A beneficiary expressed her gratitude and said that the heads of chicken and starter she received will be an alternative livelihood.

Also present during the turnover is Executive Assistant Clement Sokoken who represented Governor Bonifacio Lacwasan, Jr., personnel from the OMAg, and staff from the Office of the Provincial Veterinarian. By Christy Che-es & Alpine L. Killa

This post has already been read 522 times!  Former Sen. Ferdinand ‘Bongbong’ Marcos, Jr. on Monday asked the government to