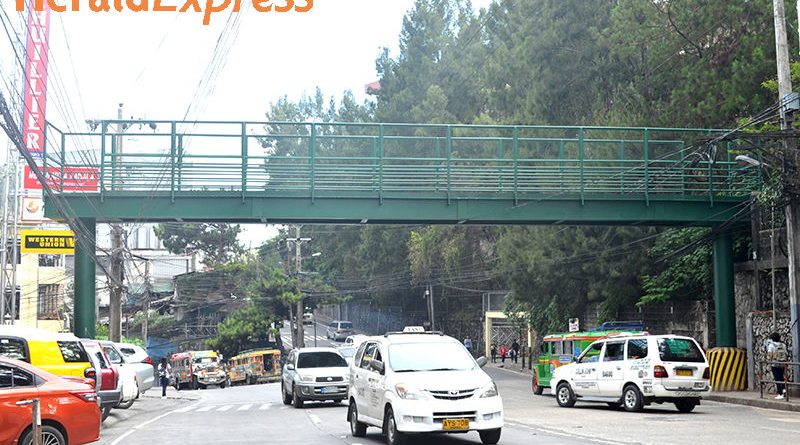 BAGUIO CITY  – An official of the Department of Public Works and Highways–Baguio City District Engineering Office (DPWH-BCDEO) informed city legislators that the multi-million overpass being constructed along Bonifacio St. will be completed next year.

DPWH-BCDEO construction division head Engr. Alfredo Bannagao, Jr., who appeared during the regular session of the City Council, said the P2.5 million earlier earmarked for the project that came from a party-list group and the congressman of the city was not enough to finish the project, thus, the remaining uncompleted works.

Bannagao claimed for 2020, some P3 million was included in the agency’s regular infrastructure fund to complete the project, including the staircase and the widening of the portion of the road for sidewalks going into the property of the St. Louis University.

The overpass project has been subject to criticisms by citizens in the social media and mainstream media because of the absence of the staircase in both ends of the structure that rendered the same still not useful for the needs of the people crossing one of the city’s main streets.

Bannagao explained the problem with the construction of the overpass was the insufficiency of project funds thus the agency proposed the allocation of more funds under its annual budget next year for the completion of the project to make it functional and contribute in providing safer areas to walk for pedestrians wanting to go to the opposite end of the road.

In a related development, the City Council passed a resolution for the public works department to conduct a verification survey of the road-right-of-way of Bonifacio St. and for the agency to reclaim the same to allow the construction of the appropriate staircase of the overpass and provide spaces for people to use along the sidewalk.

Further, the it also requested the public works department to closely coordinate with the city government’s engineering office in the prioritization of the projects to be funded by the agency’s regular infrastructure funds to prevent the duplication on the provision of funds for the identified priority projects and have funds for other projects.

However, Bannagao claimed it has been a long-standing practice of the agency to coordinate with the city government in the prioritization of the high-impact development projects to be funded by the agency through its available regular infrastructure fund.

He stated the agency gets the list of projects to be funded from the agency’s regular infrastructure fund from the city’s annual investment plan (AIP), a product of the priority listings from the city’s 128 barangays usually passed upon by the city legislative body.

Under the provisions of the Local Government Code, local governments are required to have their own annual investment plans that serves as a shopping list of priority projects for funding either by the available local funds or through funding assistance from concerned government agencies.