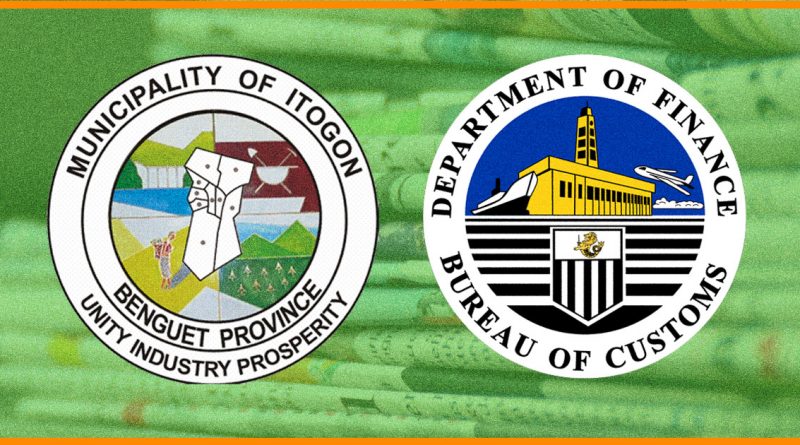 ITOGON, Benguet – Mayor Victorio T. Palangdan urged the Bureau of Customs (BOC) and other government intelligence agencies to intensify their intelligence gathering to be able to curb the proliferation of the unabated smuggling of vegetables in various ports around the country.

Palangdan expressed disappointment over recent reports on the unabated smuggling of vegetables in various ports in the country, particularly in Subic, as the same continues to have a serious negative impact on the province’s vegetable industry being the major source of livelihood of the majority of the populace.

He pointed out that any attempt to kill the lucrative vegetable industry should be averted and that smuggling of cheap imported vegetables should be prevented by those that have the power to do so such as the agriculture department and the BOC but what is happening is that the said agencies seem to have no concrete action on the matter amidst the persistence of concerned agriculture industry stakeholders to lobby for the said agencies to step up the campaign against vegetable smuggling.

For the past several decades, Benguet has been the source of over 80 percent of the supply of highland vegetables being sold in the different parts of the country annually which indicates that the province can provide the needed supply of vegetables if given the appropriate support from concerned government agencies.

Mayor Palangdan underscored that the mere fact that smuggled vegetables can easily enter the country, the same directly competes with locally produced ones where the smuggled ones are frequently preferred because they are cheap and are said to be of good quality.

On the other hand, He emphasized that locally produced vegetables are fresher, juicier and more delicious compared to the smuggled ones even if the same command a higher price in the market because of the high production cost incurred by the farmers in producing the said vegetables.

The local chief executive asserted that concerned government agencies should also consider providing subsidies to the farmers for their farm inputs to help them lessen their high production cost that will allow them to produce quality crops that will surely command a higher buying price and better income opportunities for the agriculture industry stakeholders in the future.

Aside from Benguet, other vegetable producing communities that account for the 80 percent supply of highland vegetables being sold in the different parts of the country include some parts of Mountain Province and Ifugao in the Cordillera and some upland areas in Nueva Vizcaya in the Cagayan Valley.

Palangdan assured concerned agriculture industry stakeholders that he will work hard to compel concerned government agencies to stop the smuggling of vegetables to allow local vegetable farmers to maximize the benefits of being able to produce quality agricultural crops that provide staple food for the Filipino people and for them to be able to continue earning a decent income from the said lucrative industry.

May 17, 2022 Herald Express News Team Comments Off on unity agenda, economic and pandemic measures top priority of house in next congress – Romualdez