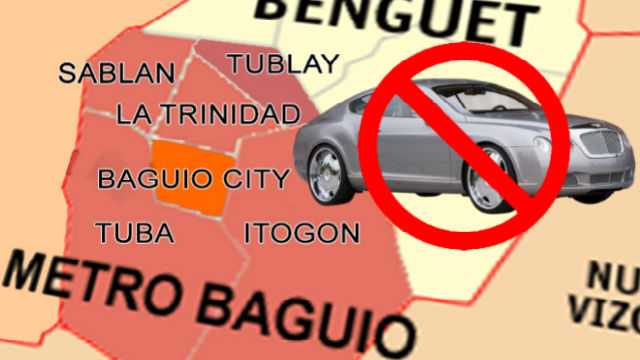 BAGUIO CITY – The Baguio City, La Trinidad, Itogon, Sablan, Tuba, and Tublay (BLISTT) Development Council addressed the major traffic and transportation issues that have affected the BLISTT area in a meeting on December 4, 2019. Earlier, NEDA-CAR, as the secretariat of the BLISTT Council, gathered experts from the government sector to provide strategies in addressing the traffic management and transportation issues in the BLISTT area. Some of the major concerns are the increasing number of private vehicles during weekends and holidays, longer commuting time, inadequate parking facilities, and the need for more diversion routes around BLISTT.

“Traffic emanates all from Baguio City,” said BLISTT Chairman and Baguio City Mayor Benjamin Magalong as he announced the funding of the smart city system with a central traffic command center that uses artificial intelligence to aid traffic management.

Mayor Magalong further encouraged the other mayors to initiate road-widening projects in compliance with existing government standards. La Trinidad Mayor Romeo Salda requested the help of DPWH-CAR in implementing road-widening works as many areas are tied up in cases concerning tax-declarations and road-right of way.

On transportation, the earlier workshop also identified a rising number of colorum jeepneys, particularly in Sablan. An LTFRB representative said that colorum vehicles result from the public need for more transportation. He added that his office is focused on helping and facilitating the creation of new franchises to address these needs.

NEDA-CAR Regional Director Milagros Rimando shared that NEDA has funded several studies related to the traffic and transportation concerns of the BLISTT area such as the Estimating the Urban Carrying Capacity of Baguio City, BLISTT Sustainable Urban Infrastructure Development (SUID) Master Plan, and the Philippine Transport Plan. Based on the Baguio City Urban Carrying Capacity, Rimando said that major Baguio City intersections have already reached maximum carrying capacity since 2015. Existing parking facilities and roads exceed carrying capacity during weekends and holidays when tourists visit the city, according to the study.

On the other hand, the BLISTT SUID Masterplan offers short and medium-term solutions such as the widening of intersections, improvement of street signs and markings, and consolidating PUJ trunk lines and terminals. On the long term, the study recommends slope protection for the outer BLISTT Circumferential roads and building tunneled highways along landslide-prone roads like Kennon Road.

Additionally, the BLISTT Governing Council passed Resolution No. 01 S. of 2019 supporting House Bill 1337 “An Act Creating the Baguio City, La Trinidad, Itogon, Sablan, Tuba, and Tublay Development Authority (BLISTTDA), Defining Its Powers and Functions, and Providing Funds Therefore”. The members asserted that the Chairman must be elected among the BLISTT mayors and must be responsible in identifying development programs and projects of common interest to the member municipalities and the City of Baguio.