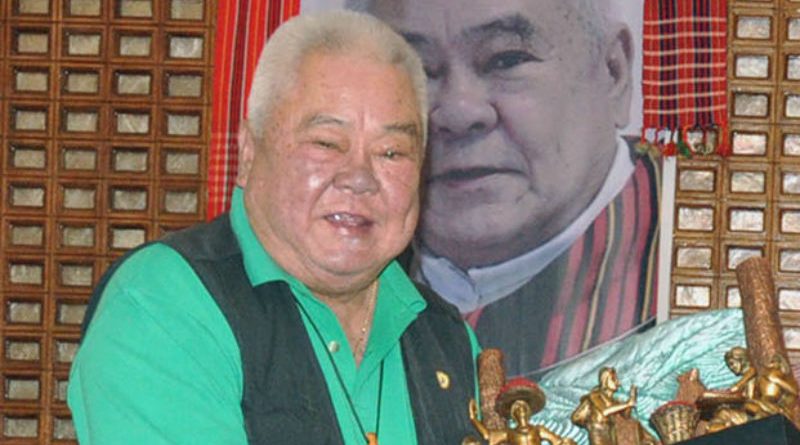 BAGUIO CITY – The Diocese of Baguio has announced the passing of Bishop Carlito “Otto” Cenzon last Wednesday, June 26, at 3:37 pm in Quezon City. He was 80 years old.

A true-blue Baguio boy born in January 25, 1939, Cenzon was Bishop of the Diocese of Baguio until January 10, 2017 when he was officially succeeded by Rev. Victor Bendico.

The announcement disclosed that his body will be at the CICM Provincial House in New Manila, Quezon City from June 27 to 30 and then be brought to the Apostolic Vicariate of Tabuk, Kalinga at the Saint William’s Cathedral where it will stay July 1 and 2.

The body will then be brought to the Our Lady of the Atonement Cathedral in the evening of July 2 and will remain there from July 3 to 6. Necrological Service is scheduled at 4 pm on July 5 and the Funeral Mass on July 6 at 8:30 am.

The interment of Bishop Cenzon’s remains will follow at the Maryhurst Seminary, CICM Cemetery in Lucnab, Baguio City.

PIO release
Banner photo: The late Bishop Emeritus Carlito Cenzon was given a memorabilia during his Paalam-Salamat Farewell Program at the Baguio Cathedral on December 2016. Photo by RMC, PIA-CAR