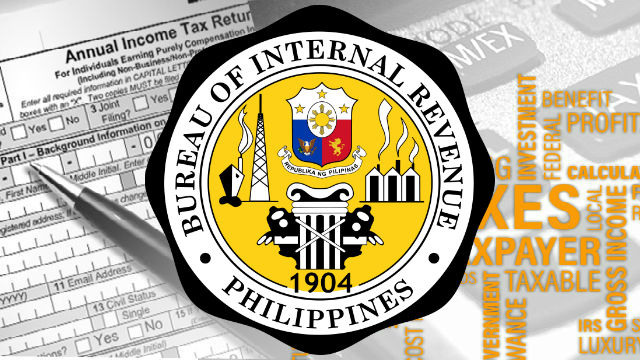 BAGUIO CITY  – The Cordillera office of the Bureau of Internal Revenue (BIR-CAR) fell short by a mere 2 percent of its projected tax collection goal last year.

Last year, BIR-CAR was able to collect more than P6.6 billion in taxes in the region compared to its tax collection goal of P6.8 billion.

Barnabas Akilit, chief of the BIR-CAR’s collection department, explained 61 percent of the region’s total tax collection came from income tax  followed by collections from value added tax that account for over 26 percent among other taxes.

According to him, BIR-CAR will remain aggressive in informing the taxpayers around the region to pay their taxes to the government because every peso that is paid to the coffers of the government will be plowed back to the people in terms of the provisions of funds for the priority development projects of the government and the improvement in the delivery of basic services, especially to the people living in the countryside.

The BIR-CAR official claimed that taxpayers should not wait for the agency’s personnel to uncover their violations of the country’s tax laws before settling their obligations because they will be imposed the necessary fines and penalties that could be much higher and could be time-consuming compared to religiously settling their taxes on the prescribed deadlines.

While there is a projected foregone income of P1.2 billion in income tax because of the implementation of the Tax Reform for Acceleration and Inclusion (TRAIN) that mandates all income earners having an annual gross income of P250,000 and below to be exempted from the payment of income taxes, Rufino stated that the agency has transferred the foregone income to its projected collections on value added tax which means that the agency will be aggressive in monitoring the compliance of taxpayers in the settlement of their obligations.

BIR-CAR officials admitted that there is an estimated P200 million delinquent accounts that date back over ten years ago which are now the subject of investigation for them to settle their unpaid obligations with the government or else they will be charged for tax evasion in the future.

Rufino appealed to the people to demand for the issuance of receipts from the establishments where they purchase goods and services to guarantee that the said businesses will be paying their taxes to the government since taxes are the lifeblood of the government in the implementation of its priority projects around the country.