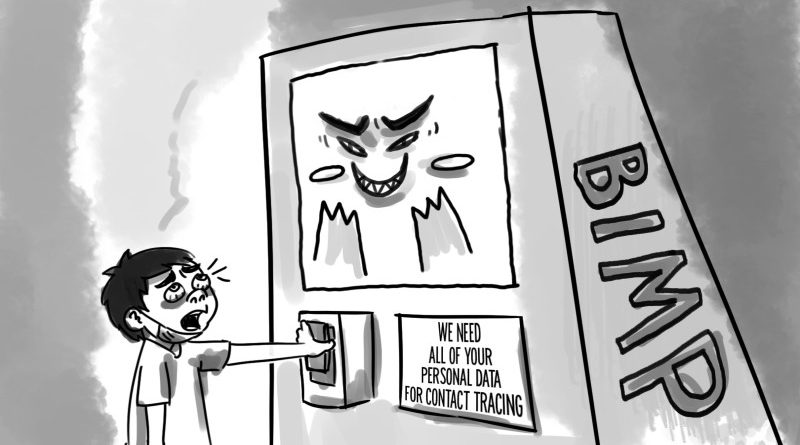 The Baguio leadership unveiled its QR Code system called “BIMP” or Baguio in My Pocket after months of being left behind by other proud cities in implementing one in the city. As a Baguio resident, I was very much excited to join in and ready my QR Code for I also have VALTRACE (Valenzuela Tracing App), Pasig App, SafeDavaoQR (Davao City) and DavNor Sticker (Davao Del Norte). In our collective battle against the raging Covid-19 virus and its new variants, we have to sacrifice some aspects of our privacy and thus, we can voluntarily give personal information to the local government units for purposes of effective contract tracing and data gathering for government epidemiologists studying ways to contain the virus. As for the Davao City App, I had to upload not only a picture of a government-issued identification card but a picture-selfie with the government ID. The imposed regulation is fair and the information asked is useful and necessary for Davao City to combat the virus.

Excitement quickly turned into disappointment as the BIMP requires information including religion, ethnicity, email address and maiden name. Decency dictates that government cannot touch certain items too private for an individual. Baguio City leadership has gone too far again – with this unholy alliance with a collection agency masked as a data mining company. Common sense dictates that only financial institutions and telecommunications provider are the only ones interested with middle names, email addresses and phone numbers. In fact, the word “middle name” does not appear in the Family Code and only appears once in the 1949 Civil Code governing the use of suffixes like II, III, or Jr., for male individuals. Email addresses and phone numbers link the individual to his social media and bank accounts.

The ethnicity question is another annoyance for it touches an aspect too private like an individual’s sense of belongingness. A person, who belongs to different ethno-linguistic groups by descent, may choose a particular ethnicity she/he is comfortable with. A person  can identify with the mother or father. Who are you to ask about one’s ethnicity? Who are you to require an ethnicity question before he can avail of government services like mailing of posts and payment of real estate taxes?

The worst BIMC blunder is the item on religion or the “religious test”. To state the obvious, religion has nothing to do with the government battle against the COVID-19. Is there any study showing Catholics get more infected than Anglicans? Election strategists are the only ones interested with someone else’s religion. Obviously, these people can no longer mine information from birth certificates found in the Philippine Statistics Office because of the Data Privacy Law. Now, they are attempting to mine data about religion by tricking Baguio residents into “voluntarily” surrendering information about their religious affiliation.  Just like a person’s ethnicity, the Baguio leadership mining data about religion is obnoxious. It only shows the mentality of people surrounding the Chief Executive – and their willingness to breach privacy and flagrantly violate law just to mine personal information.

We want an efficient contact tracing method and we are very much willing to provide basic personal information, same as in Valenzuela and Davao City. We, however, do not want surrendering information which would end up with credit card collection agencies, telecommunication companies, and election strategies, among others. We do not deserve being mined of sensitive personal information, of being asked about our parents, of being asked of our sense of belongingness, and of our religion (or lack of it). We the People deserve better!