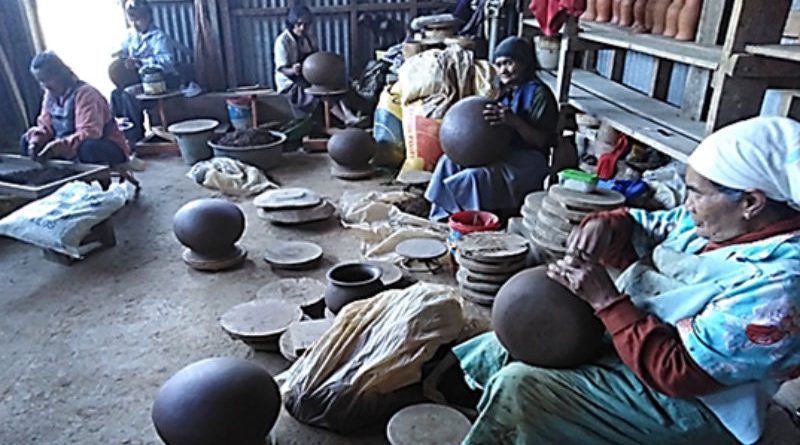 Bila, Bauko – People of all walks of life witnessed the geba, the indigenous firing of clay pots in barangay Bila, one of the barangays of the famous vegetable-producing town of Bauko.

As part of the process, the women potters arranged some stones where the fresh pots were laid. They tested the desirability of stones by placing and burning dried grasses and pine needles on top of the stones.

While some of the pot makers continuously turned the unburned materials to ensure that all were burned, the others prepared the glazing material which was is made from the processed sap of the almaciga tree.

According to some elders, diwin di banga was the major economic industry of the people of Bila in the past with the pots brought to different places to be bartered with sugar, salt, and other household basic needs.

They recounted that the Igorot god Kabunyan appreciated the artistic and perfectly- made clay pots of Bila potters hence, he bequeathed the best clay to them, which is found in Kebasan that is located between barangays Bila and Otucan Norte.

8       8SharesThis post has already been read 2825 times!The city identified some twelve priority investment areas that are expected to contribute in efforts