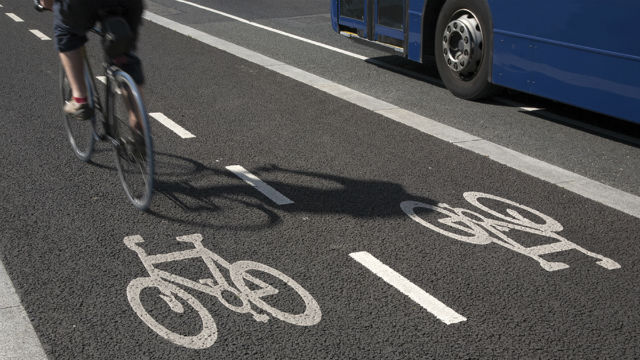 In a resolution, city legislators stated that concomitant need to know and determine by way of an appropriate study, socio-economic impact, and technical evaluation by concerned agencies of using a portion of roads for biking purposes, concerned offices and agencies must get their acts together to come out with a unified evaluation on the said matter.

The city’s TTMC was tasked to determine the usage of public roads the DPWH-BCDEO will be in charge of working on national roads while the CEO will evaluate the compliance of city and barangay roads for the put up of bike lanes.

The council pointed out there is a public need to establish and designate portions of national, city and barangay roads in the city as bike safety lanes for possible public space use under regulated measures that promote public health, sanitation and safety practices and the personal hygiene of bike users, motorists, and pedestrians.

According to the members of the city legislative body, biking is widely recognized not only as a form of physical exercise promoting the health and well-being of bikers, but also as a means of commuting from point to point for essential, family errands among others and non-essential needs, permitted leisure.

Earlier, the national inter-agency task force for the management of emerging and re-emerging infectious diseases enjoined city government units to enact appropriate legislative measures to enforce policies that are nationally inclined to implement allowed activities in municipalities under specific levels of community quarantine.

Under the Omnibus General Guidelines issued on the implementation of community quarantine in the country by the inter-agency task force, biking is among the activities that are allowed.

The council tasked the aforesaid offices and agencies to submit their evaluation and assessment on the state of national, city and barangay roads on the possibility of putting up bike lanes within 60 days to allow city legislators to craft the ordinance that will govern the use of bikes and the put up of bike lanes in the city.

The council noted that significant increase in the number of bikers along various roads around the city, thus, the need to work out the establishment of bike lanes along roads that are feasible for the said purpose upon the evaluation and assessment of the concerned offices and agencies.

The city government is inclined to support the proposed operation of bicycles and the subsequent put up of bike lanes in roads that are feasible for the said lanes to prevent the occurrence of untoward incidents that will compromise the safety of motorists, bikers and pedestrians.