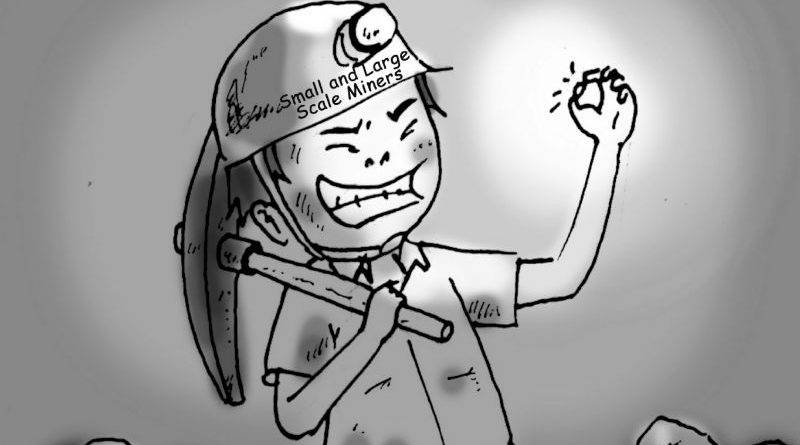 Mining is an environmentally critical project due to the massive destruction it causes by the very character of its operation. While it destroys communities,  it claims it helps spur the economic growth of nations. The extractive industry has become a controversial issue in developing countries because of some mining companies have inflicted serious damages to the environment and communities, especially the ancestral domains of indigenous peoples.

The issues and pressing concerns raised against the conduct of mining in the different parts of the world compelled governments to legislate laws governing the mining industry, ranging from securing the consent of the affected IPs, safety and environmental protection, labor management up to the end of mine life, observance of human rights due diligence, among others.

The very bad experience of many communities in the many parts of the world of mining is serving as the common stumbling block for responsible miners to do mining activities in mineral-rich areas. Responsible miners have a difficult time convincing people in host communities that their past negative experiences, the abuses they have encountered, the harassment they had experienced from abusive foreign and local miners, among others, will no longer be repeated because of the laws, policies and standards governing the operation of mining that ensure the operation is done responsibly and environmentally sound. Truly, the wounds that have been inflicted by irresponsible and abusive miners in the past are obviously difficult to cure because the scars remain and the fear of the people of the serious negative impact of the extractive industry continuous to hound them.

While mining generates jobs, helps the economic activities of the people, especially in remote communities, provides sources of livelihood and helps in the development of remote communities, there exist the real serious negative impacts of mining to the state  of the environment and people, particularly on biodiversity, on the geologic structure of the land, on human rights especially when indigenous peoples are displaced from their ancestral domains without just compensation, health, among others.

The Duterte administration criticized the meagre contribution of mining to the country’s overall economy from the limited taxes being remitted by the large-scale mining companies to the coffers of the government, reportedly amounting to only P70 billion as against the damage that large-scale mining causes to the environment, communities, ancestral domains, among others. The destruction can be enormous it negates mining’s supposed contribution to the economy. The government embarked on a sincere audit of the operation of mining companies that resulted to the closure of a number of mining operations and the suspension of some due to blatant violations of existing mining laws, rules and regulations.  Some of the closed or suspending mining companies got ready to comply realising the government means business in the imposition of stringent rules and regulations governing the said environmentally critical industry.

With the emergence of the said best practice, PMSEA embraced the so-called ‘big brother, small bother’ concept where the large-scale mining companies allows the operations of small-scale mining  within their tenement area by forging a partnership agreement between both parties. PMSEA proved the success of the said concept in the Maco mine in Compostela Valley, thus, it is setting its sights on Benguet to replicate the said success.

We commend the PMSEA for exerting extra effort and going outside the box to ensure the sustainable operation of mining companies in the different parts of the country, whether large or small, showing the way that both types of mining can co-exist with mutual benefit. Surely, it should be the easiest way for small-scale miners to go back to their portals because they will be under the guidance of duly-licensed companies that will help them in various aspects of mining to ensure their co-existence. Let us embrace the new lease of life for small-scale miners so that the vibrance of the mining industry will evolve for better contributions of the industry to the economy.