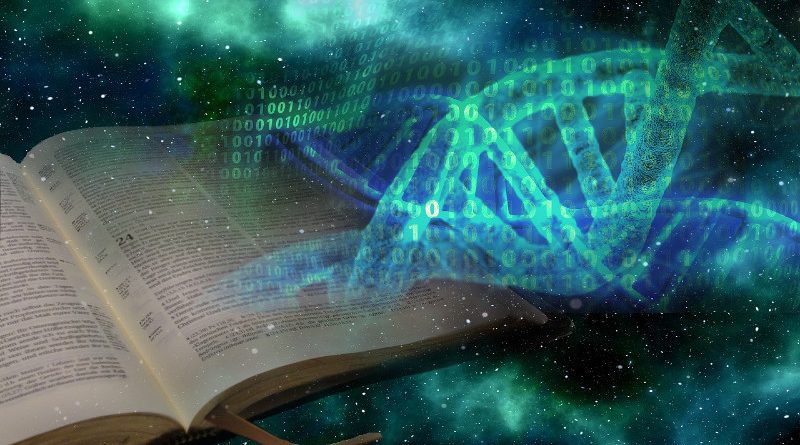 Biblical stories are backed up by science, logic or history

This series would like to give proofs that the incidents, stories, and prophecies mentioned in the bible are facts because they are either supported or cannot be cleanly disputed by science, history, and logic.

There’s a saying change, along with death, are the only permanent things in life. While change applies to many situations, it is not to several biblical stories.

When the bible told stories, incidents and prophecies, during its time, the truth these laid out then are immune to changes bound to happen. This immunity to change makes them still factual, both during the time they were told and today.

Here are some stories from bible that are backed up by todays science, logic or history

Decoding of the Ein Gedi scroll

The En-Gedi Scroll is an ancient Hebrew parchment found in 1970 at Ein Gedi, Israel.

Although multiple scrolls had been in the hands of archaeologists since their unearthing, no one dared to open them due to the danger of destroying the entire thing because of the scrolls’ being charred and brittle having been badly damaged by fire.

In 2015, scientists scanned them using X-ray-based micro-computed tomography, a 3D version of the CT scans hospitals use to create images of internal body parts and resulted to one of the scrolls being deciphered.

The discovery of readable passages inside the scroll made it the earliest evidence of a biblical text in its standardised form.

The passages are from the first eight verses of Leviticus and were found to be 100 percent identical to the version of the Book of Leviticus that has been in use for centuries.

The discovery offer proofs that the information contained in the bible today is the same as that was said before.

This is, at the same time, the first physical evidence the Hebrew Bible that’s in use today is at least 1,500 years old.

For more, Click to go straight to specific topic:

Support for historical bible events
Noah, the Ark and the flood

Noah, the Ark and the flood

The story of Noah and the great flood is one of the most popular stories in the bible. The full story can be found in Chapters 6-8 of Genesis.

According to The Bible, God instructed Noah to build an ark which was 300 cubits long, 50 cubits wide, and 30 cubits high. The recommended main material for this life-saving boat is “gopher” wood.

By dimension, the ark’s length was six times its width and ten times its height.

14Make yourself an ark of gopherwood; make rooms in the ark, and cover it inside and outside with pitch. 15And this is how you shall make it: The length of the ark shall be three hundred cubits, its width fifty cubits, and its height thirty cubits.  Genesis 6:14-15, NKJV

This boat would have to carry pairs/groups of animals that cannot survive in water for the duration of the flood.

Another condition also being considered is the ark not intended to move through water like many modern ships today. It had only to float and preferably maintain a stationary position.

Would a boat of this dimension under the conditions it will undergo be able to withstand the stress of waves from the flood waters and float without being destroyed?

Here are two studies made that will conclude the will float and save the animals in it:

1. A study by physics students at the University of Leicester have found that the ark would have indeed been able to float with all of the animals on board.

This was reported by several news outfits including the Business Insider on April 3, 2014 with the author saying Noah’s Ark Would Have Floated With 70,000 Animals If Built By Dimensions In The Bible, and by the Smithsoniam Magazine on April 4, 2014 which stated that the dimension concept would definitely work.

2. A study published at the future science leaders website suggested that a straight angled ark would float in a laboratory setting.

It also made its theme clear. While there are many tales narrated by the bible, one thing remains clear from start to finish: Humans caught in a crossfire between powerful adversaries and one of them, a loving God, is offering redemption/salvation.

The presence of spirits and unexplainable events and multiple scientific, medical, and logical reasons that supports the bible and its authors’ credibility project a possibility that God do exists. If you are still unconvinced of the existence of God despite these proofs, being conservative might be the best alternative here.

As it stands, the risk of not believing in and obeying God far outweighs the benefits of doubting his existence. It might be best to act conservatively, believe what the bible says, until you have absolutely proven that there is indeed no God nor hell.

By: Armando M. Bolislis
If you are inspired and want to give Jesus a try, continue a deeper search of the bible, especially the New Testament. This will show you how to become his disciple. Always ask the Holy Spirit for guidance in your search.

If you feel the want or need to belong to a Christian church or organization, find one that preaches the Word of God and will help you improve your relationship with Christ and lead you to his eternal promises.

The theologies and doctrines about faith contained in this article are solely from God through the bible. The author is just an instrument used to spread the word for the glory of God. The personal opinions and suggestions on issues outside of biblical coverage from the author doesn’t necessarily reflect the stance of Baguio Herald Express management and staff.

This post has already been read 2237 times!LA TRINIDAD, Benguet – Benguet caretaker congressman and Anti-Crime and Terrorism through Community