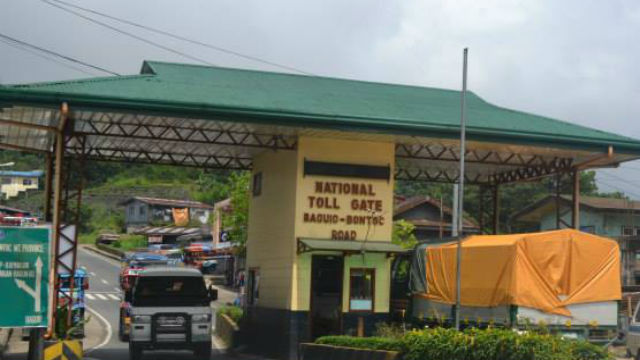 LA TRINIDAD, Benguet – Economic activities that will propel growth and development in the remote villages of the province will surely flourish in the future following the commitment of Benguet Caretaker Congressman and Anti-Crime and Terrorism through Community Involvement and Support (ACT-CIS) Party-list Rep. Eric Yap to implement road projects leading to far flung areas that will enhance inter-municipal, inter-provincial and inter-regional linkages.

Yap, who chairs the powerful House Committee on Appropriations, stated he was assured by Public Works Secretary Mark Villar that in next year’s budget of the agency, some P2 billion will be earmarked for the concreting and other road development projects while another P1.5 billion will be allocated for road opening projects in the different parts of the province.

The lawmaker disclosed that the commitment of Secretary Villar only shows that the public works department is listening to the clamor of the people of Benguet who had been deprived of road networks over the past several decades that will enhance their economic activities in their communities once there is road access to the countryside.

He pointed out that it is unfortunate that his name has been dragged in the ongoing implementation of controversial rock netting projects around the province as the same has been previously identified as a major project initiated by the national government through the public works department.

According to him, he tried to move for the supposed realignment of the funds earmarked for the rock netting projects in the province but public works officials prevented him from doing so because the same had already been identified by the agency as one of the priority projects that must not be realigned.

Congressman Yap underscored that the priority infrastructure projects that should be implemented in the province are road opening, concreting, rehabilitation and upgrading of existing road networks for the easy transport of agricultural products from the rural communities to the nearest market with the least damage and thus command higher buying prices although the same will still depend on the law of supply and demand.

He revealed that the funds committed by Secretary Villar is for next year and that among the priority projects initially identified is the road opening in Itogon to Nueva Vizcaya, Tuba leading to Pangasinan, Mankayan to Ilocos Sur, among others.

The caretaker congressman emphasized there are bright indications that Benguet will become one of the well-developed provinces in Northern Luzon once its road networks is developed so that prospective investors will be enticed to put up businesses in strategic areas that will translate to t employment for the residents and increased economic activities.

At present, Benguet remains a second-class province despite the fact that it could be reclassified as a first-class province based on the prevailing conditions and the investments being infused by the private sector, such as in the mining and power generation industries. By HENT