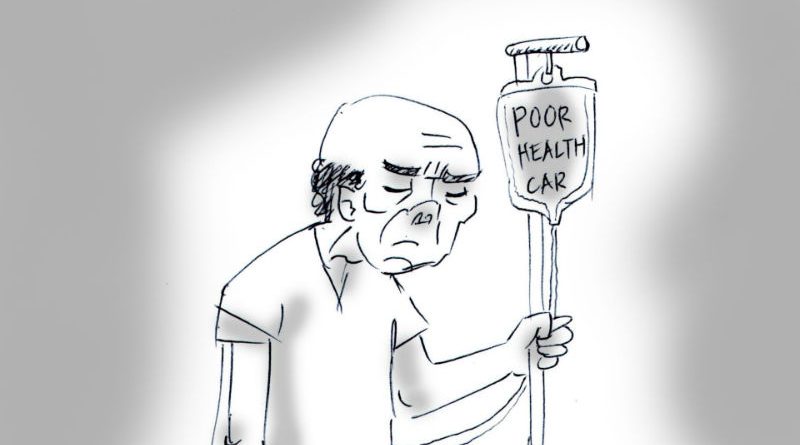 The government is also mandated by the Constitution to ensure that basic health services will be provided to the people even in the remotest villages in the country so that they will be able to stay health and productive for the rest of their lives. However, the right to good health and access to basic health services is just an ideal situation because hundreds of thousands of people in the far flung areas of the country are deprived of the said services primarily due to the insufficient funds being allocated by the concerned government agencies for the established purpose. People from remote communities have to carry their sick relatives or family members and walk for several kilometers just to be able to be provided with the appropriate medical procedures for them to get well. Worst, sick patients being transported from the countryside to well-developed just to be able to avail of the necessary medical procedures often end up expiring on the way to the medical facilities because of the distance between the places where they come from and the areas where the well-equipped medical facilities are situated.

The health department is trying its best to provide the necessary funding for at least the improvement of rural health units and barangay health stations and the required health personnel to man the same but because of the huge number of facilities required for the increasing number of villages or cluster of villages, the program is taking some time to be realized. International health organizations are also helping the Philippine government improve the delivery of basic health services to the people through the grant of fund grants and soft loans over the past several decades but there has been a snail placed advancement of such initiative.

On the other hand, some practices of indigenous peoples and indigenous cultural communities in the provision of the appropriate treatment to their sick tend to dumped the efforts of the health department to provide them with the appropriate medical attention that will result to their getting well for the to be able to perform their normal daily routine.

Some agencies have been tasked to provide the basic health services to the people through various forms of assistance. The health department, the social welfare department, the Philippine Charity Sweepstakes Office (PCSO), the Philippine Amusement and Gaming Corporation (PAGCOR) and the Philippine Health Insurance Corporation are always being pestered by the increasing number of people around the country who are getting sick but do not have enough money to have their illnesses properly treated.

Indeed, the operation of the 50th Malasakit  Center, which is a convergence of the concerned government agencies providing health services to the people, at the Baguio General Hospital and Medical Center (BGHMC) has brought government services closer to the people in the city. It is expected to provide the appropriate assistance to patients for them to be able to avail of zero balance billing for their hospital bills and lessen their dependence to solicitations for them to be able to be released from the hospital or sustain their continuing medication.

We certainly believe that I should be the indigent patients who will avail of the services of the Malasakit Center, Moneyed individuals must not pretend to be indigents just for them to be  freed from paying their huge hospital bills for the medical services that were provided them to be able to get well. Let us not take advantage of the presence of the center to escape from the responsibility of paying for the health services that we were able to get from the government hospital. Let us allow our indigent brothers and sisters to be the ones to avail of the center’s services because that is why the said center was established by no less than President Rodrigo Duterte, through his close aide, Senator Bong Go, considering the enormous need of indigent people for assistance to settle their hospital bills for the services that they were able to avail for them to become active and productive citizens of the nation.

As such, the Malasakit Center should primarily service indigent patients. Due diligence must be observed in screening beneficiaries of this socialist initiative of the government to serve the underserved. This is to ensure that the taxpayers’ money really goes to the appropriate beneficiaries. We urge the personnel of the Malasakit Center to first conduct a thorough investigation on the status of the people availing of the center’s services to prevent moneyed people from depriving the indigent ones to avail of the said services. The convergence of the government’s health-related services in one center augurs well for the maximisation of taxpayers’ money in the service of those in need. For taxpayers, these types of schemes should increase their sense of social responsibility that they are supporting the needs of the underserved.