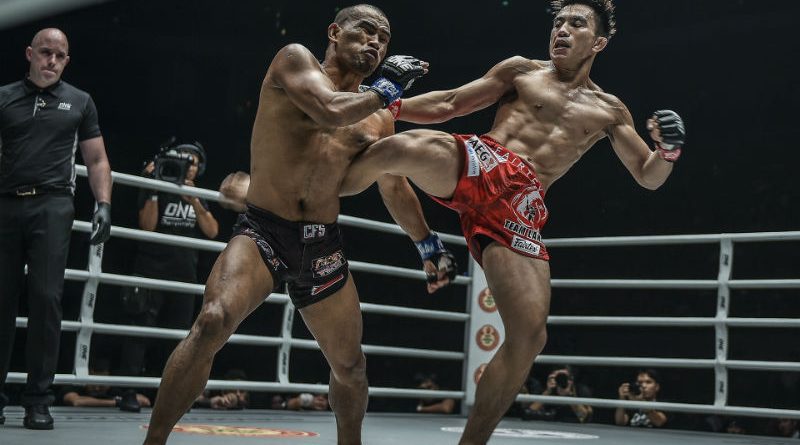 Reigning ONE Strawweight World Champion Joshua “The Passion” Pacio of the Philippines says if you’ve been impressed with his performances so far, you haven’t seen anything yet. The 23-year-old phenom vows to showcase a much better version of himself this year.

Pacio attributes his improvement to the lessons he learned in 2019. After succumbing to Japanese star Yosuke Saruta early in the year, the Team Lakay hotshot was hungry and motivated to reclaim his title. He did just that in a rematch later in the year, which earned him back not just the strawweight belt, but also a highlight-reel head kick knockout.

Pacio capped off the year with a successful title defense against compatriot Rene Catalan, whom he submitted via second-round triangle choke.

“I learned a lot this year, and I’m really happy with my progress,” Pacio said.

“Obviously, I lost the bout early in January and that was pretty painful. But I’m also grateful for that experience because it showed me areas of weakness that I needed to improve on. I worked hard to get where I’m at and we saw those improvements in April and November.”

Being at the top of the division, Pacio knows everyone is gunning to take his spot. So the young champion is always ready to go and formidable, willing to face anyone who steps up to the plate.

“As the reigning champion, there’s a lot of responsibility on my shoulders,” Pacio said.

“That’s why I’m always in the gym working on my craft. I enjoy the process of training, the process of getting better, and even doing media. I love talking to people and engaging with fans. I’m having so much fun and I can say martial arts is what I want to do for the rest of my life.”

Pacio is scheduled to defend his title in the main event of ONE: FIRE & FURY, set for the Mall of Asia Arena in Manila on Friday, 31 January. Standing across from him will be Brazilian Jiu-Jitsu world champion and former strawweight kingpin Alex “Little Rock” Silva.

Pacio understands that Silva could be his toughest challenge yet, given his veteran opponent’s impressive grappling pedigree. But the young Team Lakay warrior remains confident of victory, and will head into the bout well-prepared.

“At this level, there’s not a lot of separation between fighters,” Pacio said.

“Everyone is talented and has their own strengths and weaknesses. The only thing is that, as a champion, every opponent I face is a hungry lion wanting to take my throne. They want the belt and every challenge is tough. That’s why I have to remain focused and make sure these guys don’t beat me.

“I think at 23, I’m just going to keep getting better every day. I’m always in training and working on perfecting my skills. 2020 is going to be a huge year for me, starting with my first title defense of the year against Alex Silva. He’s a tremendous grappler and a Brazilian Jiu-Jitsu black belt, so I have to be careful and make sure my ground game is on point.”

This post has already been read 854 times!LA TRINIDAD, Benguet –  Benguet Caretaker Congressman and Anti-Crime and Terrorism through Community