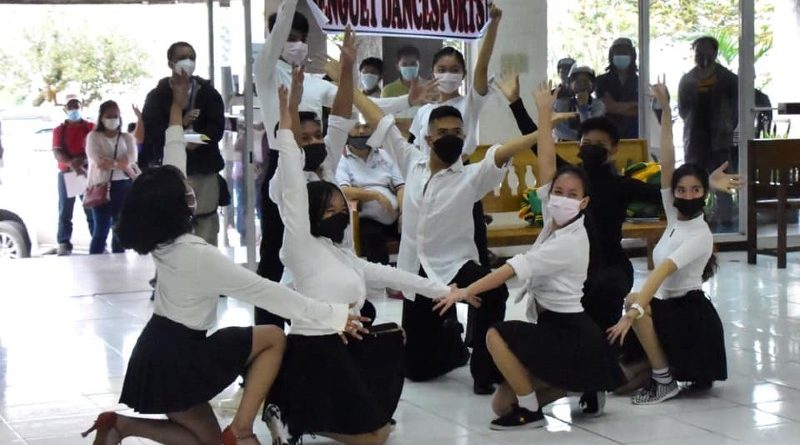 Charibelle Pingawan, the team’s coach, said the competition only held solo categories as contact sports are still not allowed due to restrictions brought by the CoVID-19 pandemic.

The 11 members of the team did not fail to make the province proud as they confidently did their outstanding dancesport moves and definitely owned the dance floor which put them all through the semi and quarter-finals, if not, as qualifiers.

Meanwhile, these awesome dancers along with two more members also showed their splendid moves during the Jamili’s Scholarship Cup, a national online dancesport competition, on June 12 and 13 where they made the province of Benguet even prouder as they also copped several medals in solo categories.

Being able to win one Gold medal, two Silver medals, three Bronze medals, and spots in the semi and quarter-finals, and in the finals, Pingawan said they were able to make it to the Top 6 in the team standing qualifying the medalists and her as the coach in the 4-session training scholarship of the Jamili’s Scholarship where they will be trained by international trainers.

The provincial government of Benguet headed Governor Melchor Daguines Diclas, through the Sports Development Office headed by Dean Mark Monang under the Special Services Unit of the Provincial Governor’s Office, extended its support to the Benguet Dancesport Team by shouldering their registration and food during the said competitions.

Governor Diclas said he was amazed by the performances of the team and that they absolutely made the province so much proud. Further, he said he hopes to see more of their performances on the national and international stages and inspire more young people.

15       15SharesThis post has already been read 422 times!Firstly, it is fervently wished Talk N Text’s Jeth Troy Rosario gets to