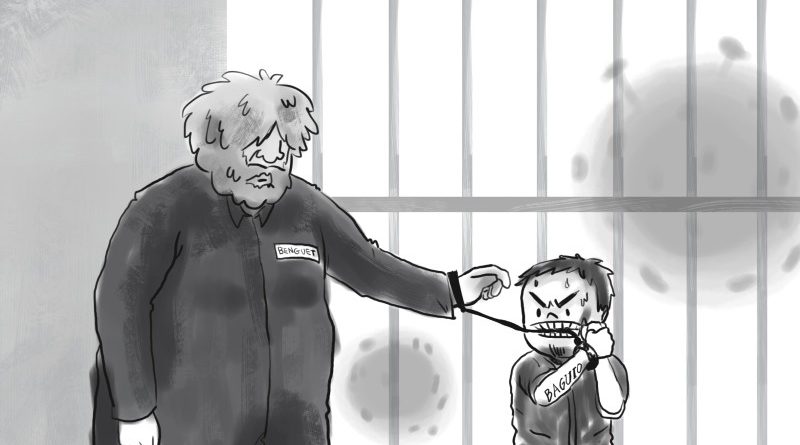 President Rodrigo R. Duterte announced Friday the further extension of the Luzonwide enhanced community quarantine (ECQ) in the national Capital Region (NCR) , Region IV-19 or the Cavite-Laguna-Batangas -Rizal-Quezon (CALABARZON) and Region III or Central Luzon aside from other provinces and cities in the country including Benguet until May 15, 2020.

The inter-agency task force on the management of emerging and re-emerging infectious diseases classified the different provinces, inclusive of the component and chartered cities therein, as low risk areas that will be placed under a state of general community quarantine, while other areas with noticeable cases of the Coronavirus Disease 2019 (COVID-19) like Benguet including Baguio City, remain under extended enhanced community quarantine for an additional 15 days after April 30, 2020.

Based on the data obtained from the Cordillera office of the Health Department (DOH-CAR), Benguet has only 3 confirmed COVID cases and all of them recovered after undergoing close medical supervision and the prescribed 14-day home quarantine. On the other hand, Baguio City, which is surrounded by the towns of Tuba, Itogon, La Trinidad and Sablan, registered 18 confirmed COVID cases with 12 persons recovered, 5 individuals remain active cases of the deadly virus, while 1 person died.

After the President made the announcement on the regions and provinces ordered to have an extended enhanced community quarantine after April 30, 2020, many people had already been inquiring in the social media if Baguio city is included in the areas that are covered by the extended ECQ. Based on the list of provinces placed under general or extended ECQ, the coverage of these provinces include charter or component cities and municipalities within. While there was a rejoinder in the latest announcement that there might be changes in the declaration of some provinces by the end of the month, it is still best for the people to continue practicing the new normal way of living even beyond the quarantine.

Surely, the members of the task force seriously assessed and evaluated the prevailing situations of COVID cases in the country with experts to come up with the recommendations on the areas that should be placed under extended ECQ and the areas that should be given localized ECQ to allow the initial wave of economic activities to spur the economy of the said places. Other local authorities also raised the observation that the status of Benguet to be placed under general ECQ was pulled down by the obviously high number of COVID cases in Baguio City that is why Benguet was included in the provinces that was recommended to be placed under further ECQ.

In the Cordillera, Abra, Apayao, Ifugao, Kalinga and Mountain Province were placed under general community quarantine primarily because the 4 provinces, except Abra, maintained zero COVID cases during the prevailing ECQ where the said areas have their own best practices worthy of emulation. We are saddened why there are still many people who refuse to accept that Baguio city is geographically within  Benguet although the former is a chartered city.

It is clear in the pronouncement of the President that Benguet which has much lesser COVID cases than Baguio City has been classified as high risk area, thus, common sense and logic dictates that Baguio is included in the coverage of the ECQ.

Despite our unrelenting and uncompromising efforts to prevent the spread of the deadly virus in the city, there were still a number of confirmed cases that have surfaced over the past several days which served as the basis of the task force in recommending the inclusion of Benguet and Baguio in the areas with extended ECQ. Let us also remember that COVID transcends political and geographical boundaries, thus, the best thing to do for us today is to understand the real essence of the extended ECQ for Benguet and Baguio and for us to avoid making interpretations that tend to cause confusion among the people instead of clarifying things.

What is at stake is the health and the safety of the every person, be it young or old, rich or poor, student or professional, among other considerations. The enemy does not discriminated, although it can be harder for those who are immunocompromised or have underlying health issues. The decisions being taken by authorities is balancing the concern on the health of the people and the overall impact of the ECQ to the country’s economic growth. Evidently, everybody was given a chance to air their suggestions and recommendations but the President has still the last say putting into consideration the welfare of the Filipino people.