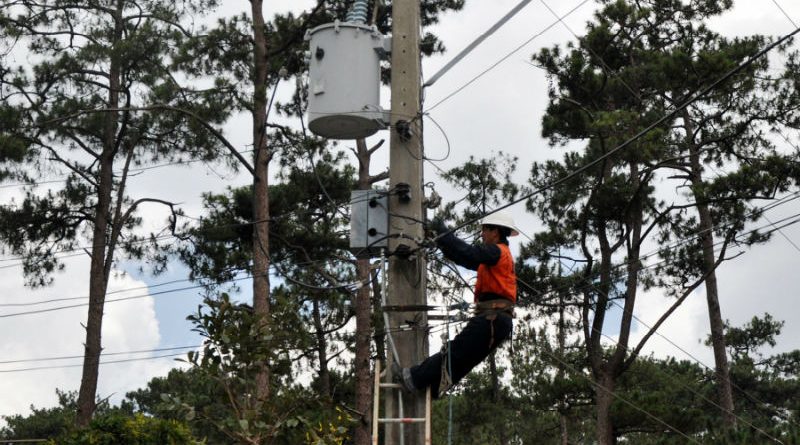 The country’s electricity linemen will troop to the city on July 23 to 25, 2019 to display their stuff and vie for top honors in the first ever national competition for linemen from the country’s 121 electric cooperatives.

BENECO will play host to close to 600 linemen who will compete in six events that will highlight the daily chores of a lineman’s job – pole climbing relay, conductor relay, pole dressing, pole undressing, knot tying and spine board bandaging.

The performance will be judged using the technically prescribed standards of a lineman’s assignment – quality or correctness of task, safety, time of completion and housekeeping.

The contest will include pole climbing as around twenty wooden poles have already been erected at the BENECO grounds to challenge the grit of the participants in the event organized by the Philippine Rural Electric Cooperatives Association (PHILRECA) in collaboration with the National Electrification Administration (NEA) and the Phil. Association of Technical Managers of Electric Cooperatives (PHILATMEC).

“The even is exciting,” said lawyer Janeene Colingan, executive director and general manager of PHILRECA. “The champions in the Luzon, Visayas and Mindanao elimination rounds will clash in the national rodeo to find out who will be crowned as rodeo kings.”

PHILRECA said the national summit is a tribute to and recognition of the linemen who, Colingan said, are the unsung heroes of the electric cooperatives who actually carry the burden of bringing poles, transformers and cables to the farthest sitios to satisfy the mandate of electric cooperatives to energize the countryside.

“They are also often badgered to brave thunderstorms to reconnect interrupted power connections or restore busted facilities,” she said.

The first two days of the contest will be the battle of linemen from the Luzon electric cooperatives. The winners will pit guts with the other island winners the next day.

Edgardo Masongsong, NEA administrator, will join the group to discuss the directions of the agency and electric cooperatives in the light of the challenge posed by privatization.

By DELMAR O. CARINO
Photo in file by RMC, PIA-CAR