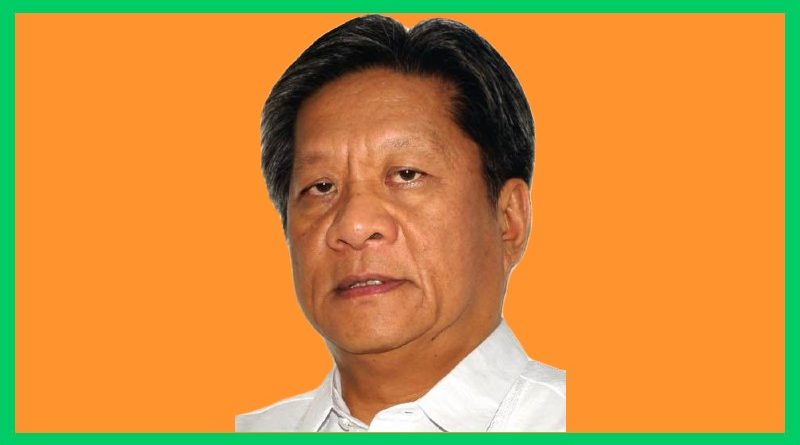 BAGUIO CITY – The present headquarters of the Benguet Electric Cooperative (BENECO) will now be known as the GM Gerardo P. Verzosa building in memoriam of the late general manager.

The re-naming of BENECO’s main building along South Drive came after the Board of Directors approved a resolution naming the existing headquarters of the electric cooperatives as the Gerardo P. Verzosa building in memoriam of the late general manager who brought BENECO to the highest pedestal of the country’s power industry.

Under the said resolution, the Board of Directors and the entire BENECO employees are united and fully support the proposal that the BENECO building be in the name of the late GM Gerardo P. Verzosa.

“No one deserves it better than GM Gerardo P. Verzosa that the BENECO building along South Drive that was constructed during his tenure as general manager will be named in his favor. The naming of the facility in his favor is an appropriate recognition of his distinguished serve and persona that catapulted BENECO to greater heights,” the BENECO board resolution stressed.

According to the resolution, the edifice would not have come to being without the herculean effort of the late General Manager Gerardo P. Verzosa whose undying commitment to build an excellent building became one of the hallmarks of his tireless effort to continually improve the technical, financial and institutional services of the electric cooperative.

The resolution stated that for more than 30 years, GM Gerardo P. Verzosa has proven the mettle of his leadership by steering BENECO to hurdle the challenges of the highly competitive power industry and create a niche for itself in the electric cooperative community in the country.

“BENECO’s headquarters now stands tall and manifests the enviable growth that the electric cooperative which undeniably is courtesy of and awed to the management wizardry of the late GM Gerardo P. Verzosa,” the resolution added.

Earlier, BENECO incumbent General Manager Engr. Melchor S. Licoben recommended to the Board of Directors that the present South Drive building be named Gerardo P. Verzosa building in honor of the life shared by the late general manager to the whole of the BENECO family and the member-consumer-owners.

Licoben pointed that the BENECO headquarters is a testament of GM Gerardo P. Verzosa’s vision and dream for the electric cooperative to provide comfortable working environment for the employees and officers, to have one-stop shop for the member-consumer-owners, to inspire other electric cooperatives to dream bigger and to gain respect from the stakeholders not only from the power industry but also from all institutions.

BENECO will be working on the schedule when the aforesaid resolution will be formally turned over to the family as well as the putting in place of the appropriate marker to reflect the same in a strategic portion of the structure. By HENT

6       6SharesThis post has already been read 1231 times!Winners of the 2021 Productivity Olympics were announced during the First Ever Virtual