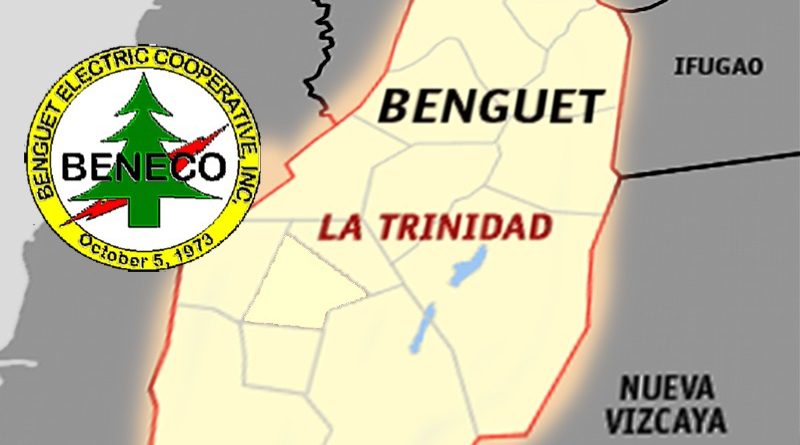 The procurement of a long term power supply agreement and the renewal of  the franchise of Benguet Electric Cooperative (Beneco) are the priorities of the new leadership of Beneco as it braces itself for measures to adjust to the challenges of the new normal.

The electric cooperative’s 25 year supply contract with Team Energy is set to expire in 2024 while its 50 year franchise is valid until 2028, prompting the management to already start shopping this early for possible power suppliers and to also prepare the regulatory requirements for the filing of an application to renew franchise before congress.

Melchor Licoben, newly designated OIC general manager, told the board of directors in Tuesday’s meeting that as part of his short and long term plans, he is bent to rally the cooperative to now act on its power requirements or risk total exposure in a volatile electricity market when the time comes.

He said Beneco could not afford to relax or remain inactive due to the pandemic since the charts show that its monthly demand of 80 MW is expected to surge to 92 MW by 2025 and 104 MW by 2030.

However, the demand forecast could go down by 10 MW following the reduction of demand during the enhanced and general community quarantine periods, he said.

Licoben, a 52 year old engineer, said Beneco is looking at the possibility of joining the aggregation scheme of the other electric cooperatives in the Ilocos and Cordillera regions to be able to bag a cheaper cost of power.

Definitely, the process would have to undergo a competitive selection process (CSP) since the Department of Energy (DOE) now frowns over negotiated supply through bilateral agreements, Licoben said.

Hopefully, he said, the renewable energy projects of the electric cooperative would be finished in due time so that their generated capacity could help address Beneco’s base load requirements.

The electric cooperative is currently constructing a three MW mini hydro power plant in Buguias. The project is expected to be completed by October this year.

Beneco has also recently competed the paper works for a one MW solar energy facility project in Tuba and after the pandemic, efforts to lay the groundwork for a 20 MW hydropower plant in Kabayan will resume.

Aside from the franchise and power supply, Licoben said his leadership would also continue to implement the government’s sitio energization program provided the national treasury would give a subsidy.

The OIC general manager also said that Beneco’s drive to improve its services through technology must continue.

The electric cooperative has also already jumped start its smart grid facility and Licoben said the target for its completion must be accomplished.

Once in place, the smart grid would be able to interconnect the future power generation projects of Beneco with its distribution network, deploy the use of advanced metering infrastructure and automated meter reading, trigger a redundant communication system and remote communication for all controllable equipment within the system.

Licoben said his team will also pursue further studies on the planned put up of an underground distribution network within Baguio City’s central business district.

September 21, 2020 Hent Comments Off on MP board condemns murder of anti-corruption advocate

1     1ShareBONTOC, Mountain Province– The provincial board unanimously approved a resolution condemning in the highest form the brutal murder of barangay

Verzosa: The man behind the energization of Baguio, Benguet

September 21, 2020 Hent Comments Off on Verzosa: The man behind the energization of Baguio, Benguet
Business and Livelihood

Compassion amid the pandemic

September 21, 2020 Herald Express Contributor Comments Off on Compassion amid the pandemic
This site uses cookies: Find out more.