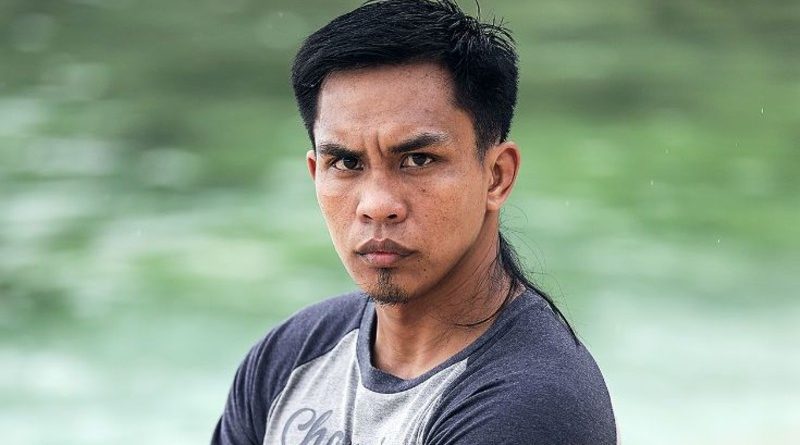 Former unified and undisputed ONE Bantamweight World Champion Kevin “The Silencer” Belingon of Team Lakay is in for what he believes will be a ‘dangerous’ fight.

It could be the toughest opponent he ever faced, former UFC veteran and current #5-ranked bantamweight John “Hands of Stone” Lineker of Brazil, if records are the sole basis of the match-ups.

Lineker sports a 32-9 career fight record, 14-4 earned in 16 UFC fights. 14 of the wins came via knockouts while 4 are by submissions.

The 33-year-old Belingon, ranked the #1 contender to the ONE Bantamweight World Championship, will take on Lineker in the main event for ONE: INSIDE THE MATRIX III, a previously-recorded event from the Singapore Indoor Stadium in Singapore, scheduled for global air this Friday, November 13.

Belingon isn’t taking Lineker lightly by any means, and is aware of Lineker’s reputation as a finisher.

“The Silencer” is heading into this bout cautiously, weighing Lineker’s strengths and weaknesses, while crafting a solid game plan with head coach Mark Sangiao.

“John Lineker is one of the toughest fighters I will ever face. He’s not an opponent to be taken lightly. He’s got a lot of experience, and a lot of power in his hands, which is why he is known to end fights early,” said Belingon.

“We have watched his previous fights and we’re confident we can come up with the right game plan for whatever he brings to the table. I have to win this fight to prove that I deserve to stay as the number one contender.”

The Belingon-Lineker showdown will no doubt be a crowd-pleasing and exciting one, given the way the two fighters rarely leave anything inside the cage in their fights. Both martial artists hover above a 40% knockout finish ratio in their wins, and appear equally matched on the ground.

Belingon says he’s not underestimating Lineker at all, but that fans can surely expect this match to end early.

“You all know how I fight, I fight moving forward. So this is going to be a very exciting matchup. I don’t think this is going the distance, with the way we both attack. I want to put on a good show for the fans,” said Belingon.

“I’ve prepared the same way, just like I have prepared for my previous fights. I never underestimate any of my opponents. That’s not a good thing to do inside the Circle. Every fight is dangerous.”

ONE: INSIDE THE MATRIX III will not only feature  Belingon but also Team Lakay teammates Geje Eustaquio and Lito Adiwang, who will be competing on the same card.

Belingon remains confident ahead of this matchup, and believes a victory will put him in a good position for another crack at the title. He’s spent the past few months honing his skills in Baguio City, despite national lockdowns due to Covid-19, and even saw the birth of his daughter, Kelsey, just this past August.

“The Silencer” says he is motivated to succeed now more than ever.

“I’m ecstatic to compete, because it’s already been a year since my last fight. The situation we are in right now has truly affected everyone in the industry. Every fighter, including myself, has had to slow things down a little bit and stay isolated in quarantine so we don’t contract the virus,” said Belingon.

“The birth of my daughter has really added extra motivation for me to succeed. I am fighting to give my family a better life, and that’s a powerful thing.”

Belingon details his advantages over Lineker

Belingon emphasized he is looking to score an emphatic victory, after dropping his last two bouts to the division’s reigning king, Bibiano Fernandes. The 33-year-old ‘Silencer’ from Ifugao says he picked up a lot from his well-documented tussles with Fernandes, and vows to showcase his learnings against Lineker.

“I am totally motivated for this fight since I have not fought in a while, and it would be good to be back in the winner’s column. My last fight against Bibiano was disappointing, but I’ve learned from it. I just have to be more cautious with my moves,” said Belingon.

“I was on a seven-fight winning streak prior to my trilogy with Bibiano. For me to return to that form, I just have to keep the same fire burning, if not fuel it more.”

Both Belingon and Lineker are proven knockout finishers. Nearly half of Lineker’s 32 career victories have ended in a sensational KO whereas Belingon has built himself a reputation as an explosive wushu striker, particularly with his amazing spinning back kicks.

Against Lineker, Belingon however faces an opponent with loads of experience competing at the top. Lineker is a former UFC bantamweight, who has faced some of the biggest names in the sport including John Dodson, Marlon Vera, Rob Font, Michael McDonald, and Ian McCall.

Belingon is excited about the potential clash of striking styles, and has taken the time to carefully dissect where he holds advantages over Lineker.

“I believe I’m quicker than him. I think I’m more agile and have better endurance – those are just some of the advantages that I believe I have in this match,” said Belingon.

“It will be very interesting given our styles and I plan to keep it that way. At the end of the day, I hope to get my hands raised. I believe my speed and kicks will be to my advantage against Lineker. That could make all the difference in this fight. A win against Lineker will take me a step closer to the belt.”

The winner could very well go on to win a date with Fernandes in the near future.

Belingon wants his fans to know he fully expects to win this fight, and to watch out for an explosive, fun showdown between two hard punchers.

“Ever since John Lineker signed with ONE, all I’ve been hearing and reading from the fans is Belingon versus Lineker. Now it’s finally here, and I’m excited for it. Expect fireworks. Expect it to be a good one,” said Belingon.

Lineker: ‘I don’t think Belingon can stop me’

On his part, Lineker is determined to beat Belingon in order to signal his readiness to compete for the ONE World Title.

Lineker, who earned a reputation as a hard-hitting knockout artist, wants to prove to the world that he should be next to face fellow Brazilian Bibiano Fernandes, who currently holds the ONE Bantamweight World Title.

“I am coming into ONE Championship prepared for anyone. I am ready to go against [Belingon]. I don’t think he can stop me. He is definitely one of the toughest opponents I have faced,” said Lineker.

“I am feeling great and ready for my next bout. My preparation for Belingon has been one of the best of my career, and I believe I am going to be able to show what I came here for, and that is to be the World Champion in ONE Championship.”

Lineker, who comes from Paranaguá, Paraná in Brazil, wants to build off his latest performance, a one-sided drubbing of highly-regarded Muin Gafurov in his ONE Championship debut last October 2019.

Against Belingon, however, Lineker will face a menacing threat with a penchant for highlight-reel finishes.

In many ways, Lineker is taking on a man with a similar fighting style. The two are known finishers with Belingon owning some of the most incredible knockouts in ONE Championship.

But one area Lineker holds a decided advantage over Belingon is in experience, and he’s used that wisdom to prepare himself for a wily opponent.

“I studied lots of his videos. He seems to be a very versatile opponent. He likes to keep punching, he moves very well, but I think he is going to look for the exchanges. This is his style, just like mine. I’m going to look for a knockout in this fight and I know I can get the best out of the exchanges,” said Lineker.

“Maybe after our fight, I can win over some fans from the Philippines because of my performance.”

Lineker believes that by beating Belingon, he could set himself up against reigning champion Fernandes in an all-Brazilian showdown.

“I want the world champion. I don’t think there would be a reason for them not to give him to me if I am fighting the #1 contender. And if I beat [Belingon], that should be the way to go,” said Lineker.

“I know Bibiano is a tough opponent, he has high-level jiu-jitsu, but no one can stop me at the moment. I know I have the edge. I am working really hard [to get that World Title], and I will get it.”

This post has already been read 927 times!TABUK CITY, Kalinga – With the voter’s registration extended, the Commission on Elections