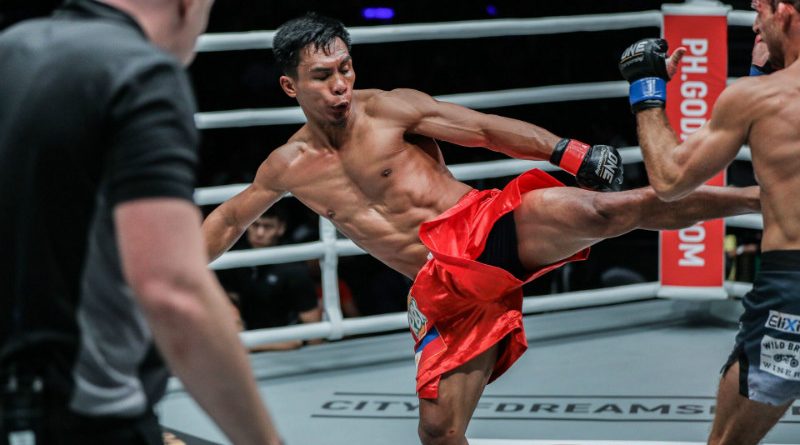 BAGUIO CITY – While three of his Team Lakay stablemates are busy preparing for their fight card abroad this week, Kevin “The Silencer” Belingon should be starting to flex those training muscles as he gets a chance to win a title, even though it an interim one, at home next month.

ONE championship recently announced that Belingon gets the headline billing at ONE: Reign of Kings set on Friday, July 27, 2018 at the Mall of Asia Arena. The Silencer will take on Martin “The Situ-Asian” Nguyen for the ONE Interim Bantamweight World Championship.

Nguyen is a twin ONE title holder, bagging the featherweight title against Marat Gafurov in August 18, 2017 and annexing the lightweight crown from Eduard Folayang last November 10, 2017.

He also attempted to wrest the bantamweight crown from Fernandes to become a three division champ last March 24 but failed as Fernandes hacked out a split-decision victory.

It can be recalled that Belingon got a nice big surprise moments before he obliterated Andrew Leone in his last fight in the form of having a standing offer of a rematch against reigning ONE Bantamweight World Champion Bibiano “The Flash” Fernandes that was all but guaranteed before that bout.

All Belingon had to do was wait for Fernandes to recover from injury for the bout to happen.

ONE announced that Fernandes is still unable to defend his title due to injury and that Belingon will go up against Nguyen.

Cordillera fight fans would have loved for ONE to put one of Nguyen’s titles on the line because without it, this fight is putting Nguyen at a favorable situation and Belingon taking all the risk.

This fight, however, is an opportunity for Belingon raise his stock up by showing he can take on all comers in a fair fight, regardless of what is at stake.

Stopping a red-hot Nguyen will definitely elevate Belingon to the elites of the elites and should make him one of the most distinguished faces of the promotion.

Belingon sports a fight career record of 18-5. He has eight kayoes and three submission victories.

Nguyen has accumulated an 11-2 record during his MMA career. He seven on his victories came via knockouts and three by submissions. He successfully defended his featherweight title against Christina Lee last May 18 in Singapore.