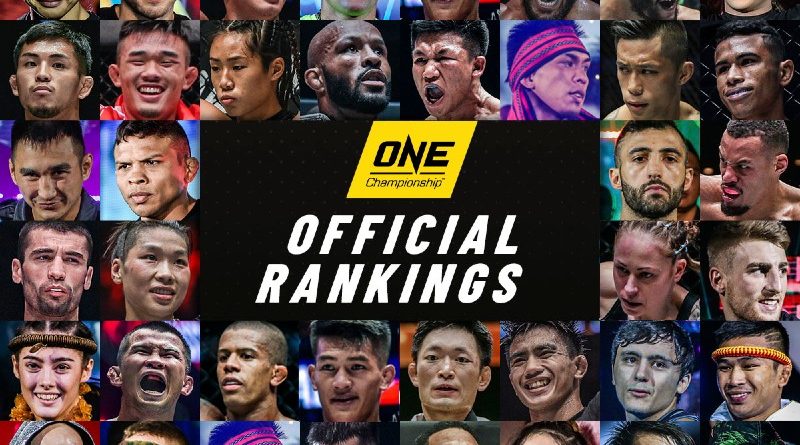 Kevin Belingon and Lito Adiwang’s recent loses in the ONE circle proved to be costly as they were drop from their lofty positions in ONE’s latest official rankings in their respective divisions.

Not only that, their winning rivals took over their spots.

Belingon succumbed to a body shot delivered by John Lineker to absorb the first knockout loss of his career with 1:16 left in the second during ONE: Inside the Matrix III, a prerecorded event held at the Singapore Indoor Stadium, the result of which were broadcasted on November 13, 2020.

As a result of this defeat, he slides to No. 3 in the bantamweight rankings.

Lineker took over the top spot for contenders and is now first in line for a shot against defending champion Bibiano Fernandes.

Before this loss, Belingon was still viewed as the fighter with best chances of unseating Fernandes even after bowing twice bowing to the Brazilian champion in 2019.

The loss, his third straight since snatching the bantamweight title on November, 2018, and subsequent demotion put him in a more complicated path towards another title shot.

He currently has a career fight record of 20-8.

Lineker, ranked fifth before facing Belingon, rose four spots and should be primed for challenging Fernandes.

“Being ranked number one makes me feel like a champion, but I am still not the owner of the belt. It feels great but my work isn’t finished. I won’t stop until I have that belt. I am coming for Bibiano Fernandes. That fight is what interests me. I will work hard and you can expect to see me victorious. If it is God’s plan, I will very soon be the ONE World Champion,” said Lineker.

Meanwhile, the previously fifth-ranked Adiwang was pushed off the top strawweights after he lost narrowly to Hiroba Minowa by split decision.

Before the fight, there were a lot of talks about the possibility of Adiwang challenging teammate Joshua Pacio for the strawweight title. This was so because Adiwang was unbeaten inside a ONE circle and is riding a blitzing seven-bout winning streak.

His loss to Minowa was without controversy as he seemed to have locked in a Kimura but couldn’t finish the job.

Elswhere in the division, No. 1 Yosuke Saruta defeated No. 2 Yoshitaka Naito and No. 3 Rene Catalan losing to an unranked fighter.

Meanwhile, Pacio remains the strawweight champ, Danny Kingad maintained his No. 2 spot despite not being able to fight recently due to the positive COVID-19 test of one of his cornermen, and Denice Zamboanga retains her No. 2 spot in the women’s atomweight division.

Over at lightweight, Russian powerhouse Timofey Nastyukhin and Japanese legend Shinya “Tobikan Judan” Aoki both move up a notch to claim the #3 and #4 spots, respectively in the lightweight division.

Lowen Tynanes of the United States enters the lightweight rankings at the #5 position, bumping Pieter Buist from the list.

A fifth member of Team Lakay, Geje Eustaquio, was hoping he could get back into the list of Top 5 ONE flyweights by thwarting the challenge of Song Min Jong of Korea and scoring a unanimous decision also during ONE: Inside the Matrix III.

Eustaquio, however, did not get the breaks as Demetrious Johnson (No. 1), Kairat Akhmetov (No. 3), Yuya Wakamatsu (No. 4), and Reece McLaren (No. 5) all retained their respective spots.

This post has already been read 2390 times!The city identified some twelve priority investment areas that are expected to contribute in efforts