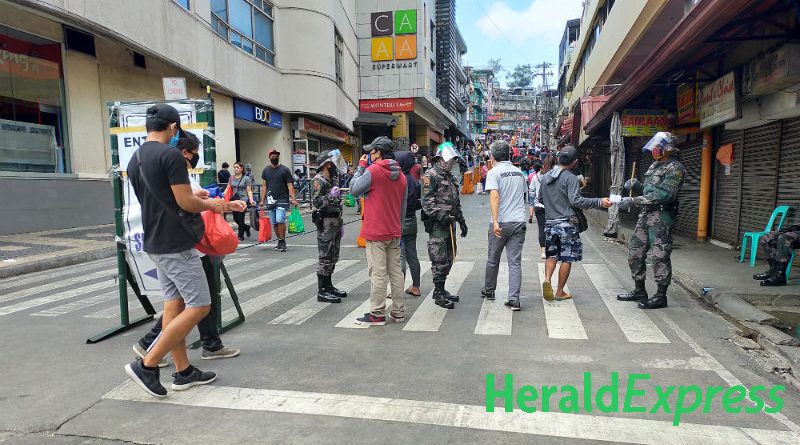 The Baguio City Police Office started implementing tighter watch on the observance of health and safety protocols in the city as ordered by Mayor Benjamin Magalong as part of precautionary measures against the Coronavirus disease (COVID-19) and its emerging variants.

BCPO City Director Allen Rae Co said the different police stations and divisions of his office set out to conduct operations in their areas of coverage starting yesterday.

“What we are doing now is as much as possible give warning first to violators who mostly  are not properly wearing face masks then in the next day or two, we will be doing apprehensions already,” Co said.

Those not complying with the face shield requirement meanwhile will be brought to Tourist Police Unit office for those rounded up at the Central Business District while other units will also have their own designated areas where violators will be lectured on the necessity of complying with the health measures.

For those repeatedly violating the face shield requirement, Co said they will be constrained to file charges in court on the basis of Inter-Agency Task Force Resolution No. 88-2020.

Photos show P Maj. Dencio Dayao lecturing on the importance of face masks and face shields to the 27 individuals who were given warnings; City Mobile Force Company personnel led by PMSg Mentor Bad-ay under the supervision of P Lt. Col. John Cayat Jr. warned individuals not wearing face shield/improper use of face shield along  Rizal Park; Personnel of Traffic Unit led by PLtCol Oliver Panabang conducted visitation and inspection of PUJs and Taxis on the condition of their plastic dividers and non-observance of other minimum health standards by drivers and marshals which resulted to the issuance of traffic citation tickets to 40 violators.