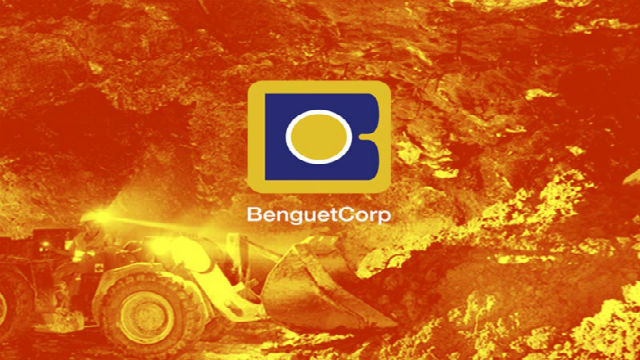 ITOGON, Benguet – The Benguet Corporation (BC) stated that the area where it is conducting its mining operations in the municipality are titled properties covered by mining patents registered under its name which were acquired after the company was incorporated in 1903 and issued under the Philippine Bill of 1902, the operative law at that time.

BC Administration Manager lawyer Froilan Roger C. Lawilao said that under the said law and existing jurisprudence, a perfected mining patent gives the holder the ownership of the land and the right to exploit the mineral resources, thus, the company acquired vested rights over the said mineral properties covered by the Torrens Title or mining patents which is conclusive and indivisible.

He pointed out that BC, whose mining patents were perfected under the Philippine Bill of 1902 and were subsisting prior to the effectivity of the 1935 Constitution, had acquired vested rights over the same that could not and should not be impaired as it has subsisted despite the changes in the Philippine Constitution and of the mining laws which must be respected.

The BC official claimed that equally important is that the mining patents in Antamok had been mined since 1903 while the Balatoc-Acupan were also mined since 1927.

However, BC suspended the operation of its Antamok mine for years while in 2002, the Balatoc-Acupan Mine, in a paradigm shift from large-scale operations, employed a noble approach in embarking into a community-based mining operation through partnership with the small-scale miners who are members of the indigenous peoples and who are organized into associations or cooperatives accredited by the Mines and Geosciences Bureau (MGB) that led to the creation of the Acupan Contract Mining Project which is now the nature of the company’s operations to date.

According to him, the government, through the MGB, encourages the aforesaid kind of partnership between the large mining companies and the small-scale miners to reduce conflict between the two groups, to provide legitimate means of livelihood, curb illegal mining which contributes to pollution, and for better regulation of small-scale mining activities for safety, taxation and environmental purpose.

Lawilao emphasized that the said set-up contributed in uplifting the small-scale mining industry into a legitimate tax revenue resource for the government and that is operations is the first of its kind in the country that promoted partnership and peaceful co-existence between a large-scale mining company, the community and small-scale miners who are members of the indigenous peoples in the locality.

In the issue of the non-payment of royalties to the indigenous peoples as mandated under the Indigenous Peoples Rights Act (IPRA), Lawilao explained that the company maintains that the said provision of Republic Act (RA) 8371 finds no application to BC taking into consideration the vested rights acquired for the purpose and similar jurisprudence.

Even granting that the municipal government of Itogon where the patented mineral properties of the company are located is declared as an ancestral land or ancestral domain, he argued that the vested property rights of the company which has long been fixed and established shall be fully recognized.

Lawilao revealed that pertinent provisions of RA 8371 cannot be enforced in the company’s mining operations and the mineral properties it controls and possesses.

While the company is exempted from the payment of royalties to the indigenous cultural communities and indigenous peoples, Lawilao disclosed that BC is providing far more better and greater benefits being reap by the indigenous peoples in the community in terms of various community assistance projects on livelihood, education, training and capability building in-plant programs, health, infrastructures and other socio-cultural activities.

More importantly, he stipulated that the company has allowed its mineral properties in Acupan to be mined through the company’s partnership with the different groups of indigenous peoples as mining contractors under a 60-40 metal sharing scheme in favor of the mining contractors.

Aside from the aforesaid arrangement, he claimed that directly benefiting from the current project are the company’s employees who are majority members of the indigenous peoples in the community, not to mention various suppliers and local businessmen.

Earlier, the Cordillera office of the National Commission on Indigenous Peoples (NCIP-CAR) issued a show cause order to some six companies operating mostly in Benguet for their alleged failure to pay royalties to the indigenous peoples and indigenous cultural communities hosting their operations as mandated under the IPRA.