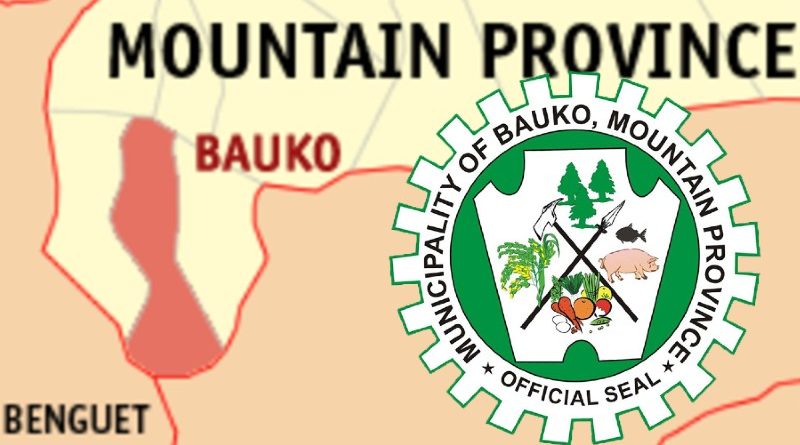 BAUKO, Mountain Province – Tourism related activities in the municipality will resume once fifty percent of the town’s population shall have been vaccinated to prevent the further spread of the dreaded Coronavirus Disease 2019 (COVID-19) in the municipality.

Mayor Abraham B. Akilit expressed disappointment on the very slow distribution of the vaccines in the rural areas of the country so that a significant portion of the population could already be vaccinated in preparation for the gradual and safe opening of the economy.

He pointed out that the local government does not want to take the risk in allowing the conduct of tourism-related activities when only around 10 percent of the town’s 34,000 population had been vaccinated to avoid a repeat of previous surges in the number of COVID cases in the municipality.

The local chief executive claimed that while tourism-related activities are still prohibited, the local government is doing its best to ensure that the premier tourist destinations in the municipality will be ready once the municipal inter-agency task force for emerging infectious diseases will allow the entry of foreign and domestic tourists in the locality.

Bauko is the gateway to other tourist destinations in the central Cordillera such as in Sagada and nearby Banaue, Ifugao. It plays host to the historic Mount Data hotel and challenging trekking destinations in Mount Polis among others aside from sceneries of rice terraces, waterfalls and other natural rock formations.

Mayor Akilit asserted that lower class municipalities should be provided with increased allocation of the vaccines from the concerned government agencies because people need the vaccines to be able to move around to be able to earn a decent income that they will use to uplift the living condition of their families.

According to him, people living in lower class municipalities have been the ones that have been heavily impacted by the ongoing COVID-19 pandemic because they were deprived of the appropriate access to market their agricultural produce that caused the significant drop in the buying prices of basic commodities and other farm products.

Further, he stipulated that many people from the lower-class municipalities also lost their jobs in the urban centers that rendered them jobless for a long period of time that is why there is a need for more vaccines to be provided to the lower income local governments to be able to restart their respective economic activities.

At present, the town has a population of more than 34,000 inhabitants that are spread in some 22 barangays occupying a huge portion of the Mount Data National Park. Bauko is also the most populated municipality with the highest number of inhabitants in the province.

Akilit appealed to the residents to be patient in awaiting the delivery of the vaccines in their respective district health centers as the concerned government agencies and the local government is doing its best to make the appropriate representations for more vaccines to be delivered to lower class and low income municipalities. In the different parts of the country once the various brand of vaccines will be available in the country. By HENT

This post has already been read 17149 times!…if they played under 1998 rules and style. Sorry, Draymond Green. Yeah, you