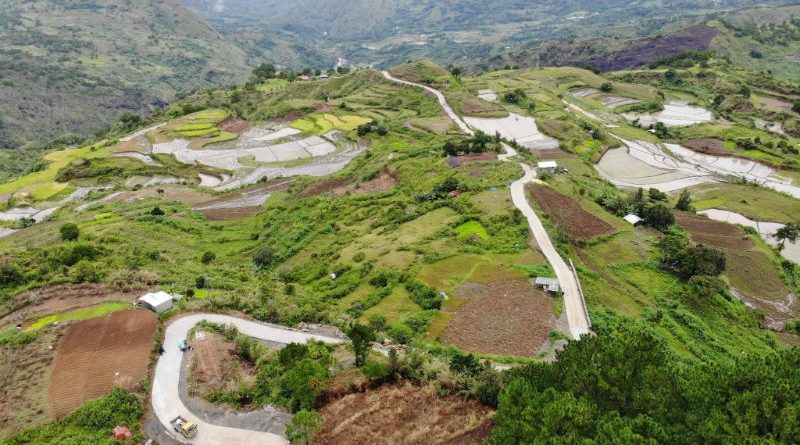 BAUKO, Mountain Province  – The municipal government and the agriculture department recently inaugurated the 6-kilometer Lebao-Kwabeng farm-to-market road in barangay Tapapan that will transform over 3,000 hectares of idle lands in several barangays in the municipality into productive lands.

He added the indirect beneficiaries of the road project will include the thousands of tourists frequenting the different tourist spots in the said barangays and the buyers of the dairy and agricultural produce of the farmers in the said places.

“The completion of one of our priority road projects will definitely spur agricultural and economic activities in the beneficiary barangays because people can now easily transport their produce to the nearest trading centers inside and outside the municipality,” Mayor Akilit stressed.

According to him, the P30 million used to rehabilitate the farm-to-market road was sourced from the INREMP, a convergence project of the DA and DENR bankrolled by the Asian Development Bank,  geared towards improving sustainable agricultural production in remote areas of the region without sacrificing the state of the environment.

He urged the beneficiaries of the completed road project to sustain the productivity of their agricultural lands to help stabilize the supply of major agricultural crops and heirloom rice as these products command higher prices as consumers are now learning to value the importance of organically-produced agricultural crops for their health.

Bauko hosts to a huge portion of the Mount Data National Park that strands Acop, Tublay, Benguet up to Bontoc, Mountain Province, wherein farming is one of the major sources of livelihood of people living in the town’s 22 barangays.

Further, Bauko is also the most populated municipality in the province having a population of over 35,000 based on the latest census results.
By HENT
Photos: LEBAO-KWABENG FARM TO MARKET ROAD – These are aerial views of the newly inaugurated 6-kilometer Lebao-kwabeng farm to market road in barangay Tapapan, Bauko, Mountain Province which will help spur economic activities in different beneficiary barangays aside from opening up the discovery of scenic tourist spots in the said areas. Contributed photos.

This post has already been read 150 times!MANKAYAN, Benguet– Lepanto Consolidated Mining Company (LCMC) rolled out a series of information