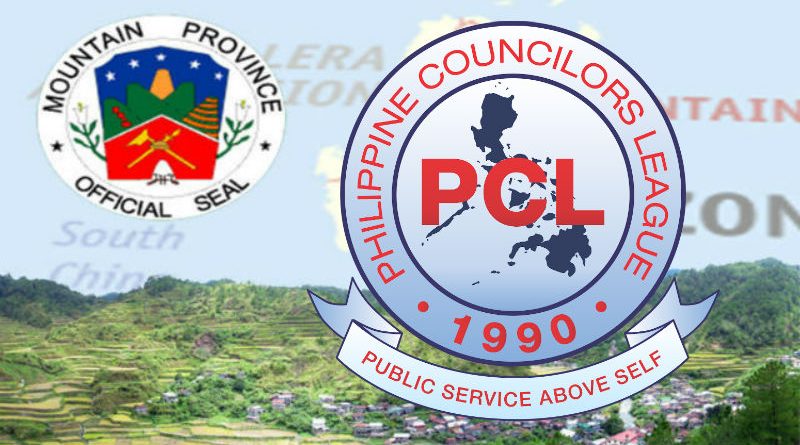 Sili, a 2-term councillor of this municipality, was overwhelmingly voted upon by the members of the PCL from the ten towns of Mountain Province to be the next head of the prestigious organization of local legislators.

“I am grateful to my colleagues for giving me the opportunity to lead our group with the hope that all local legislators will help in working out a closer working relationship among local officials of the different municipalities for us to be able to advance our own advocacies, programs and projects for the development of the whole province,” Councilor Sili stressed.

The municipal councillor disclosed that part of the priority programs of the organization is to ensure the continuing education of local legislators for them to be updated on the latest trends of local legislations and the programs, projects and activities that should be undertaken in their own municipalities for them to be able to provide the necessary inputs as legislators.

Further, Councilor Sili assured that there will be constant consultations that will be done with his counterparts in the other provinces in the region so that local legislators will be able to craft the appropriate programs, projects and activities where they will be able to help in advancing regional issues to the grassroots level, particularly the region’s renewed quest for autonomy.

He expressed his gratitude to his fellow local legislators from the different municipalities of the province for bestowing their trust and confidence to him as their next leader and that he assured them that he will perform his duties and responsibilities with utmost sincerity and dedication to advance the greater interest of local legislators in the field of public service.

According to him, all PCL members will be welcome to provide their suggestions and recommendations on what will be the appropriate programs, projects and activities that will be pursued by the organization so that they will be further molded to become responsive local legislators who will be able to pass resolutions and ordinances that will advance the greater interest of their constituents.