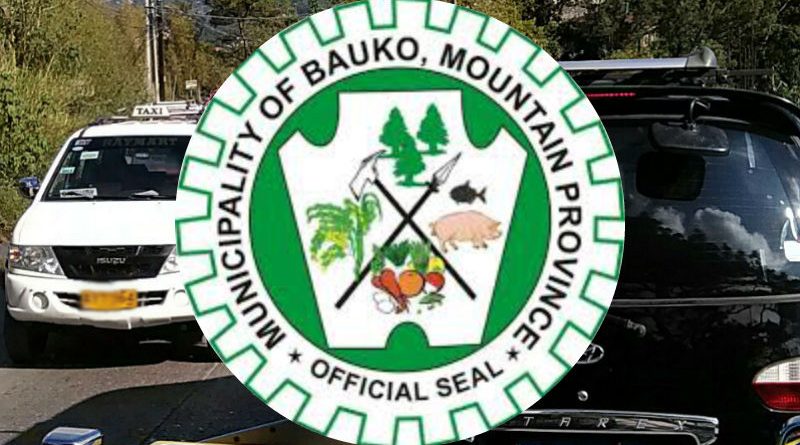 BAUKO, Mountain Province  – Mayor Abraham B. Akilit ordered concerned offices of the local government to fastrack the completion of the mandated local public transport route plan that will open the opportunities for the opening of additional routes to the municipality paving the way for more visitors wanting to explore the scenic tourist destinations in the municipality.

Mayor Abraham B. Akilit said the opening of additional routes for public transport inside and outside the municipality will make the town accessible and entice more foreign and domestic visitors to frequent the different tourist spots in the municipality.

The municipal chief executive claimed that the Land Transportation Franchising Regulatory Board (LTFRB) is awaiting the approval of the local public transport route plan before granting the certificates of public convenience (CPCs) to a tourist transport cooperative that will provide additional vehicles to ferry tourists to their desired destinations inside and outside the municipality.

The mayor reports a significant increase in the number of foreign and domestic visitors that have frequented the municipality despite the news of previous encounters between the government forces and communist rebels in the remote villages of the locality.

Earlier, the LTFRB granted the CPCs of a transport cooperative that applied for the same but more tourist vehicles are still needed to cater to the increasing needs of tourists for decent transportation wanting to visit the different destinations in the municipality before going to other destinations inside and outside the province.

He is glad that tourists are now consider Bauko as part of their itinerary when spending a well-deserved break in the scenic tourist destinations in Benguet, Mountain Province and Ifugao thus it is important for the municipality to offer decent transportation that will cater to their travel need.

He expressed confidence the local public transport route plan will be completed the soonest so that the pending application for the issuance of CPCs by an existing transport cooperative will be processed and subsequently released to boost the availability of decent tourist transport in the locality to entice more foreign and domestic visitors to consider Bauko as one of their must-see places when planning for a vacation in the Cordillera.