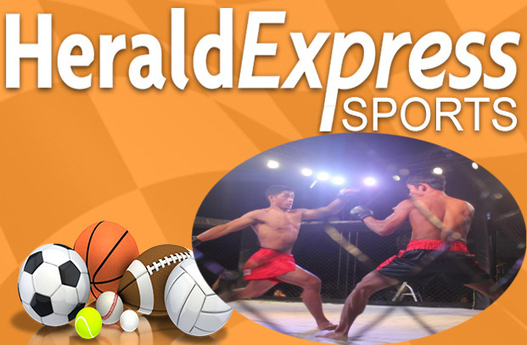 Rocky Batolbatol, a former professional boxer turned mixed martial arts fighter, is getting another shot at a victory in a ONE cage as he is set to appear in the inaugural event in Indonesia.

Batolbatol, a mainstay of the Mindanao Ultimate Mixed Martial Arts of Cagayan De Oro City, lost his three previous fights in a ONE event. He lost his first two fights succumbing to rear-naked chokes by Martin Nguyen in November, 2014 and Anthony Engelen in February, 2016, He lost to Christian Lee by TKO in his latest fight last May, 2016.

That three bout losing streak dropped his record to 5-3. The Outlaw, BatolBatol’s monicker in the ring, won his first five MMA bouts.

He gets a chance to reverse his fortunes when he goes up against Indonesian martial artist “The Terminator” Sunoto in ONE: Conquest of Kings on July 29, 2017 at the GOR Kertajaya Arena in Surabaya, East Java, Indonesia, with the fight covered by two local TV stations.

The hard-hitting Batolbatol will again try to rely on his constantly well-placed combinations in search of spectacular knockouts and will be looking for a stoppage against Sunoto, who has proven to be a grappling stud.

Sunoto currently has a 6-3 professional mixed martial arts record, with four of the wins and all losses occurring inside a ONE cage. Three of Sunoto’s six victories have come by submission, a testament to his grappling abilities.

If Batolbatol is to have his first ONE victory, he has to overcome the aggressive competitor who never backs down from a challenge in Sunoto.

Meanwhile, ONE Flyweight World Champion Kairat Akhmetov will face Interim Champion Adriano “Mikinho” Moraes in a rematch for the undisputed ONE Flyweight crown in the main event.

Akhmetov of Kazakhstan is undefeated inside the mixed martial arts cage, boasting an unblemished 23-0 record over his six years as a professional. Akhmetov employs a devastating attack with power in both hands, as well as a tenacious wrestling game that overpowers his opponents.

The fighters first met One Championship 34 last November, 2015 where Akhmetov collared the flyweight diadem via a split decision.

Akhmetov has been in the cage since then while Moraes bounced back from the painful loss with victories over Tilek Batyrov and Filipino Eugene Toquero.

For the first time ever, a Traditional Silat Bout will be, showcasing the beauty and authenticity of the ancient Indonesian combat discipline at the forefront of Asian martial arts.