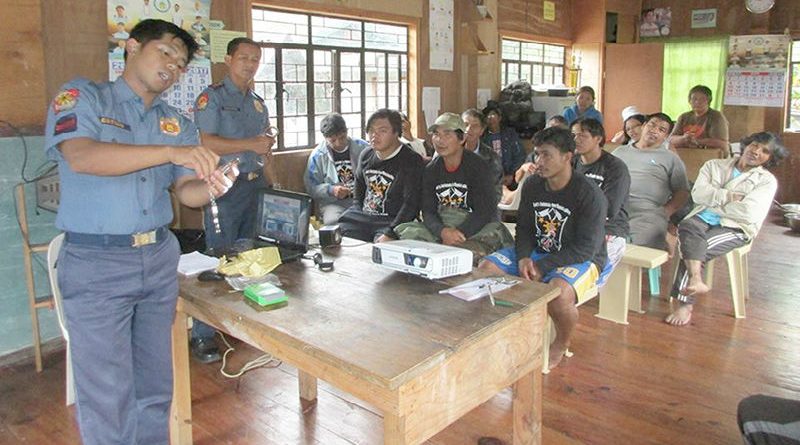 BARLIG, Mountain Province  – Akin to the intensified campaign of the current administration on criminality and drugs, the Barlig Municipal Police Station (MPS) conducted a series of complementary Barangay Peace Action Team (BPAT) training. This was held in the three clusters of Barlig namely, Lias, Kadaclan and Poblacion, from August 29-31, 2017.

Headed by PSI Barnard Bone F. Navarra, MPS-Barlig Chief Police Officer, the said training is primarily aimed at enhancing the partnership between the MPS and the community in matters concerning crime prevention, disaster response, environmental protection, and other related assistance programs. As stipulated in the project proposal for the training, there is the need to ensure the sustainability of peace and order in the community by engaging the local stakeholders.

Responsive to this is the creation of BPAT organizations in Barlig which accordingly, would complement the MPS authority towards crime prevention and community development. Navarra stressed that the BPAT would serve as local task force geared towards the successful implementation of anti-crime campaigns. He added that the BPAT members compose of barangay tanods and other representatives of the different sectors of the given barangays.

Apart from orienting the BPAT members on their community roles, they were also trained on how to respond to crime scenes and how to write reports. In addition, the participants were taught on Basic Self Defense and Arrest Techniques, demonstrated by PO2 Jasper Guting.

Furthermore, Navarra mentioned that the training is also vis-à-vis the national anti-drug campaign of Pres. Rodrigo Duterte. Coherently, they distributed flyers in relation to illegal drugs and how these should be curbed in the local level.