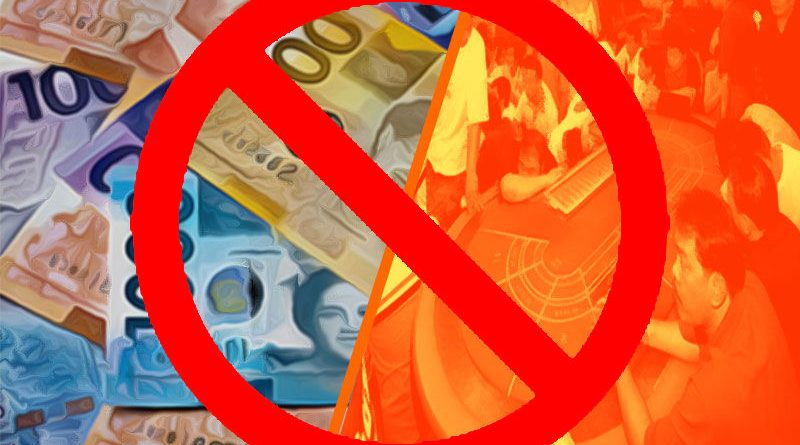 BONTOC, Mountain Province – Officials in this capital town rallied for the support of the newly elected barangay officials in the fight against illegal gambling not only in the central barangays, but also in the outskirt barangays of the municipality.

Police Senior Inspector Faith Ayan Igualdo, the Acting Chief of Police of Bontoc Municipal Police Station (MPS) voiced out the issue of illegal gambling operations even during wakes or funerals during the Municipal Peace and Order Council (MPOC) meeting on July 18, 2018 held at Barangay Gonogon, Bontoc.

While it has been a Filipino tradition to play card or dice games during wakes, PSI Igualdo clarified that it is still illegal in the strictest sense of the law.

Under Presidential Decree 1602 issued by then President Ferdinand Marcos in July 1978, it is illegal for any person other than those referred to in the succeeding sub-sections who in any manner, shall directly or indirectly take part in any illegal or unauthorized activities or games. These include  cockfighting, jueteng, jai alai or horse racing to include bookie operations and game fixing, numbers, bingo and other forms of lotteries; cara y cruz, pompiang and the like; 7-11 and any game using dice; black jack, lucky nine, poker and its derivatives, monte, baccarat, cuajao, pangguingue and other card games; paik que, high and low, mahjong, domino and other games using plastic tiles and the likes; slot machines, roulette, pinball and other mechanical contraptions and devices; dog racing, boat racing, car racing and other forms of races, basketball, boxing, volleyball, bowling, pingpong and other forms of individual or team contests to include game fixing, point shaving and other machinations; and banking or percentage game, or any other game scheme, whether upon chance or skill, wherein wagers consisting of money, articles of value or representative of value are at stake or made.

With the presence of newly elected barangay officials, PSI Igualdo solicited their support in the fight against illegal gambling saying that they are the ones who see what is happening in their communities.

She added that police hot lines were given to the barangay officials for them to report to the police any illegal gambling operations.

Bontoc Mayor Franklin C. Odsey who also chairs the MPOC supported the pronouncement of PSI Igualdo emphasizing that outskirt barangays of Bontoc are not exempted in the campaign against illegal gambling to include gambling during wakes.

The Chief Executive acknowledged that with the limited number of local police, they cannot patrol the 16 barangays of Bontoc considering the geographical locations.

With this situation, he remarked that barangay officials were elected by the people to be the partners of the government in the implementation of programs and laws. Thus, they should serve as the eyes and ears of the police in their respective barangays by stopping illegal gambling activities even during wakes.

Odsey also expressed gladness that illegal gambling in the municipality continuous to decline with the intense campaign and operations being conducted by the police; and with the cooperation of the community.

“Cooperation of the community and barangay officials has contributed in stopping if not lessening illegal gambling activities in our municipality. Nothing is impossible if we are all one in the implementation of programs and campaign against illegal gambling,” the mayor underscored.

This post has already been read 253 times!TABUK CITY, Kalinga – With the voter’s registration extended, the Commission on Elections