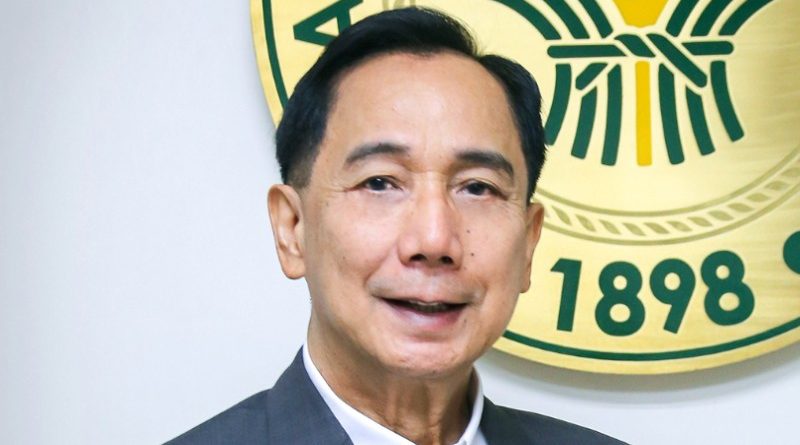 TABUK CITY, Kalinga – The Sangguniang Barangay of Guilayon requested funds from Agriculture Secretary William Dar for several infrastructure projects they say would improve the agricultural productivity in their area and increase the efficiency of transporting produce to the market.

In separate resolutions passed in September, the council requested the Secretary for funding for the construction of a multi-purpose pavement at Purok Aloy and for the improvement of the Mananig Communal Irrigation System to help irrigate 30 more hectares of rice fields in Guilayon.

The council also requested for funding to complete road connectivity in their barangay as it will be recalled that Secretary Dar personally led the inauguration of the 10.4-kilometer Bado Dangwa-Guilayon Farm to Market Road (FMR) last September 30 in Guilayon.

The FMR, worth P275 million under the World Bank-backed Philippine Rural Development Project (PRDP), was “a dream come true” for residents of Guilayon who for the longest time had to travel through a rugged dirt road.

But the paved FMR does not reach Purok Tawang, Purok Alloy, and Purok Callagan as these parts can only be accessed by crossing rivers and traversing through rugged roads and terrain and to complete connectivity in Guilayon entails the construction of two bridges which would have to be a separate proposal for funding under the PRDP.

The construction of these bridges would also link Guilayon to Magnao, another barangay in Tabuk that has long suffered from poor road conditions.

Governor Ferdinand Tubban had said the construction of the bridges to Magnao would complete the circumferential road to link barangays Bado Dangwa, Nambucayan, Guilayon, Magnao, and Bantay to the province’s main thoroughfare.

In his speech during the inauguration of the Bado Dangwa-Guilayon FMR, Secretary Dar had said that he would grant all additional requests of Guilayon Punong Barangay Jonnie Malaggan for infrastructure projects, saying “Kalinga will now get its rightful share” from the PRDP and other banner programs of the Department of Agriculture. By Iryll Sicnao

This post has already been read 17450 times!…if they played under 1998 rules and style. Sorry, Draymond Green. Yeah, you