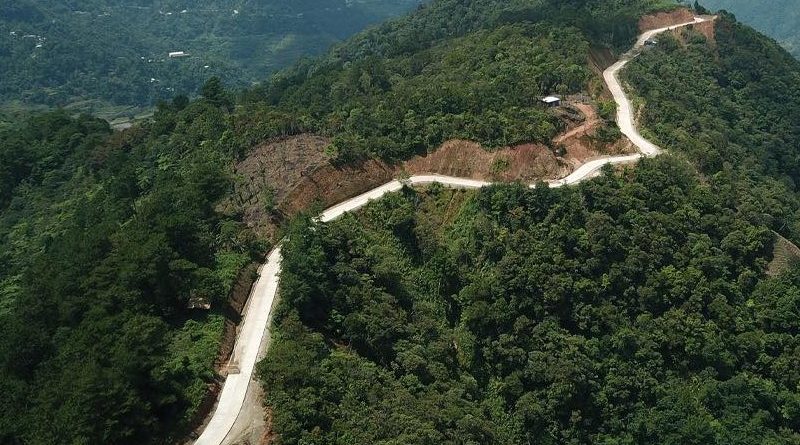 The 4.9-kilometer Viewpoint-San Fernando farm-to-market road subproject in Banaue, Ifugao has hit a significant milestone, as work is now about 52.29 percent completed (as of May 5, 2021).

Implemented under the Department of Agriculture’s Philippine Rural Development Project (DA-PRDP), the FMR subproject has a cost of P124.8 million (M) shared by the World Bank (loan proceeds), the national government through the DA, and the local government of Banaue.

According to Engr. Edwin B. Camhit, PRDP Rural Infrastructure Engineer, construction crews have almost completed the excavation and widening of roadway in the subproject site including 19 stations of stone masonry slope protection, two stations of retaining/breast walls, and installed five cross drainages.

“More than one kilometer of the designed two-lane FMR at the end part of the subproject was already concreted,” said Engr. Camhit. He also identified the other ongoing construction works such as correctional excavation to align the roadway, stone masonry, and structural concreting of retaining walls.

Benefiting around 362 households or 1,841 individuals in barangay Viewpoint and San Fernando, the FMR subproject intends to reduce transport cost from P200 to P25; reduce travel time from two hours to 30 minutes; increase new agricultural area by 4.01 hectares; and decrease transport losses at an average of three percent for all crops.

Meanwhile, the subproject is set to be assessed in the upcoming World Bank Implementation Support Mission (WBISM) to the DA-PRDP that is scheduled to commence on May 24, 2021.

Due to restrictions, the WBISM will still be conducted virtually. A full-blown documentation of the subproject is being conducted using available digital resources (geo-videos/photos, Unmanned Aerial Vehicle (UAV), and cameras) to capture the technical aspect of the FMR subproject as well as the emerging benefits and impacts of the subproject to the community.