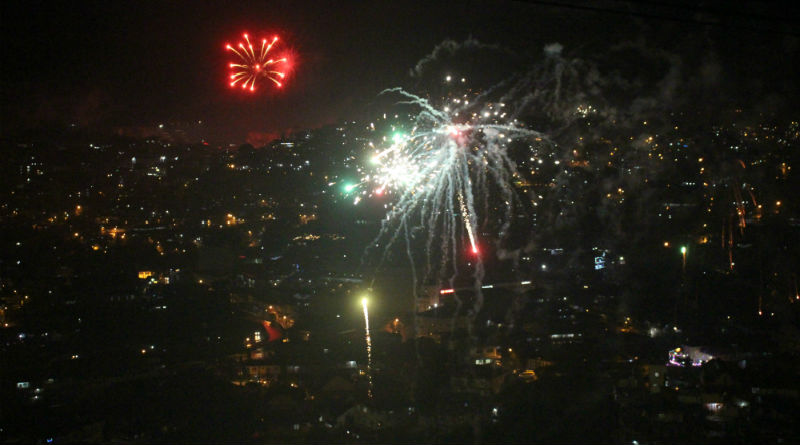 BAGUIO CITY – Local health authorities are pushing for the passage of an ordinance imposing a total ban on the use of firecrackers in the city to help achieve the zero firecracker-related casualties and entice people to embrace of other means of celebrating the Yuletide revelries.

Dr. Donabel Tubera, Medical Officer IV of the City Health Services Office, claimed that it is unfortunate that the city did not achieve the zero firecracker-related injuries during the New Year revelry although there was zero firecracker-related incidents in the city during the celebration of the Christmas revelry, thus, the need for the members of the local legislative body to consider a long standing proposal for the passage of an ordinance that will ban the individual use of firecrackers in the city during the Yuletide revelries.

She said that the local health department will continue to make the necessary representations with concerned city officials for them to start crafting the ordinance that will impose the proposed ban on the individual use of firecrackers in the city to prevent further injuries that will be inflicted to passive and active users and eventually achieve the desired zero casualty on firecracker-related injuries.

According to her, what is ironic is that the firecrackers that inflicted injuries to the 3 injured individuals, a 6-year old child, a 23-year old adult and a 61-year old man, are legal firecrackers wherein the same had been bought from outside the city and eventually transported purposely to be used for the New Year revelry.

Tubera pointed out that the imposition of the total ban on both the sale and use of firecrackers in the city will pave the way for the prevention of the occurrence of untoward incidents that will pose a serious threat to the safety of people celebrating the Yuletide season and entice them to eventually embrace other forms of creating noise to drive away the evil spirits during the Christmas and New Year celebrations to bring good luck to everyone.

She stated that the matter will be again brought to the attention of city officials to give them the sufficient time to study the possibility of passing the ordinance that will be effective this year so that the unnecessary use of firecrackers during the Yuletide revelries could be prevented for a safer celebration of the season for merrymaking.

The Health official disclosed that what should be advocated is the conduct of community fireworks display that will be supervised and administered by experts to ensure that the safety of the public who will be joining the same will be guaranteed during the Yuletide revelries.

This post has already been read 2327 times!The city identified some twelve priority investment areas that are expected to contribute in efforts