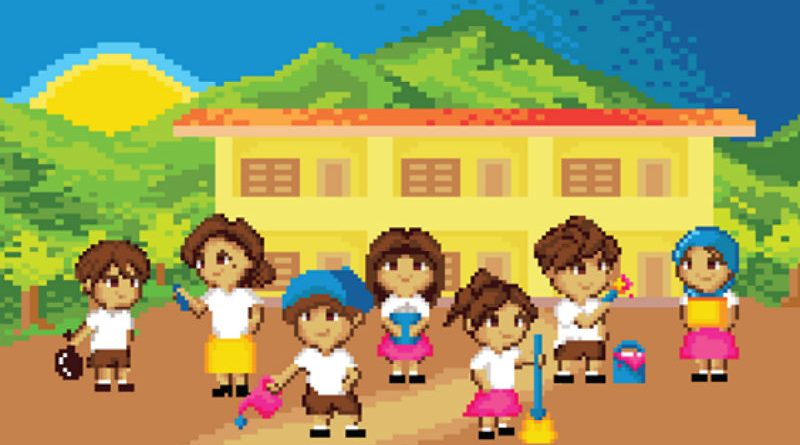 TABUK CITY, Kalinga– A pilot testing of hand-held radio device was conducted on September 10 at Balawag Elementary School in preparation for the blended learning for Alternative Learning System (ALS) education.

During the event, supervisors, school heads and teachers were assigned at their respective stations, while others stayed at the house of the learner for the demonstration using the radio devices in giving and processing lessons.

The use of radio communication devices, according to Anacita Bongngat, Education Program Specialist II-ALS of Southern Tabuk District III, will help improve the performance and completion rate of ALS learners even without face-to-face sessions.

She said that a total of 225 individuals who formally enrolled under the ALS program from barangays Suyang, Amlao, Balawag and Malin-awa are expected to benefit from the strategy where both informal and non-formal learning programs are given.

District ALS Coordinator Ernesto Cabanes Jr. explained that the hand-held radio devices work by using 16 channels which the learners can choose from during their scheduled session.

He said that there were eight radio devices from sponsors who are mostly are overseas workers. Barangay Balawag and Suyang also lend their own radio for the program.

Speaking of its usefulness during the opening of classes on October 5, Cabanes told that a teacher will stay at a base and begins to discuss the lesson indicated in the module with the learners.

He assured that regardless of the location of the radio base, ALS learners from the four barangays will be reached.

Meanwhile, curriculum implementation division chief supervisor Ramonchito Soriano in his message emphasized that use of radio is effective and interactive especially in remote areas, and when the learner cannot buy a smartphone required by the “new normal” teaching.

He added that its use will fill the gap between the educator and learner.

Soriano also said the Schools Division of Tabuk City is finding other modalities to provide better education services to learners.

ALS Focal Person Marionette Dooma said that by using the radio devices, the teacher can teach in the Ilokano dialect or mother tongue to facilitate the learning process.

She said that activities can also be inserted to improve the competencies of ALS learners.

Balawag ES principal Reynaldo Tumapang commended the efforts of the ALS implementers in coming up with the use of radio to meet the needs of learners before the next school year.

An ALS teacher caters to 75 learners, and one of these learners is Balawag resident Loise Jane Lasang who feels grateful for the initiative proving that amid the covid-19 pandemic, education still continues.

ALS leaners are encouraged to buy their own radio devices which normally costs P1,300.00 per set which includes two radio, extended antenna and an earphone. By Darwin S. Serion