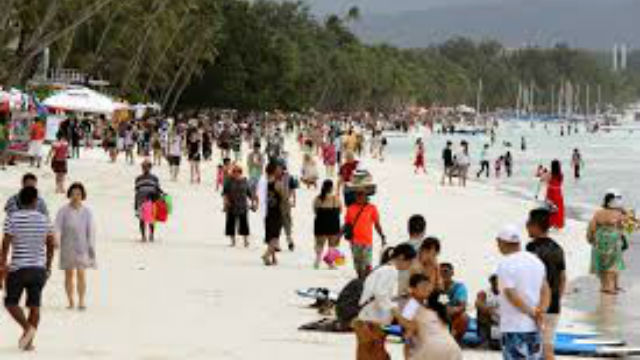 BAGUIO CITY – City officials and local tourism industry stakeholders underscored that Baguio City will not take advantage of the approved closure of Boracay for six months for the promotion of the growth of the city’s tourism industry because it has its own natural come on.

Mayor Mauricio G. Domogan said no one is happy with the closure of Boracay being one of the country’s premier tourist destination because it will surely affect the projtected foreign tourist arrivals this year.

However, he explained that it will now be up to the discretion of tourists on what alternative destinations will they visit that is why it will be unfair to conclude that the city will benefit from Boracay’s closure.

“We will not go to the extent of using the shortcomings of a certain destination to advance the local tourism industry because the situation in Baguio and Boracay is totally different from each other. Baguio has its own natural come on while Boracay has its own come on too,”Domogan stressed.

Earlier, President Rodrigo Duterte approved the recommendation of the Task Force Boracay to close the island for six months from April 26 to October 25, 2018 to allow the rehabilitation of the place wherein the appropriate sewerage and waste disposal system will have to be put in place prior to the resumption of the operation of tourism establishments.

Hotel and Restaurant Association of Baguio president and Baguio Country Club general manager Anthony de Leon pointed out the lessons learned from the closure of Boracay should be used by concerned government agencies and the local government to sustain the growth of the city’s robust tourism industryand for the tourism-related establishments to comply with the standards in the preservation and protection of the environment and the their compliance to health and sanitation standards.

He claimed Boracay is a beach destination while Baguio is a mountain resort destination that is why the two places should not be compared considering the difference in the situation in the said tourist destinations.

The HRAB official asserted the major reason why tourists frequent Baguio is because of its unique climate, scenic tourist destinations and hospitable people aside from the presence of interntional calibre tourism establishments that is why the city remains as one of the prime tourist destinations in the country amidst the efforts to ruin the image of the country’s undisputed Summer Capital through the various forms of media.

HRAB is an organization of tourism-related establishments operating in the city with a membership of more than 250  hotels, inns, lodging facilities and restaurants in the different parts of the city.