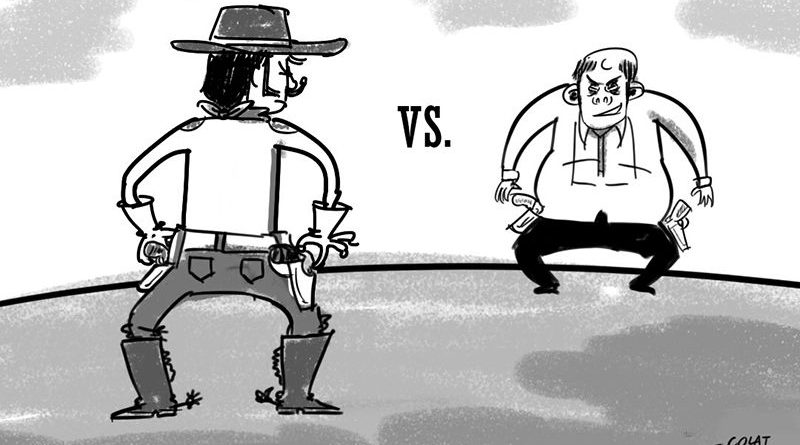 In the early 1900s, American urban planner and Architect Daniel Burnham master planned Baguio City to be good only for 25, 000 inhabitants considering that its existing land area was estimated only at about 57.8 square kilometers. The Americans saw the city to be a potential rest and recreation area for them because of its cool and semi-temperate climate with scenic spots suitable for a well-deserved break from the scorching summer heat of the lowlands. It is conveniently been referred to as country’s Summer Capital. Since its establishment as an educational and business center, students and migrants have made it their temporary or permanent home. Its cool clime made it and continues to make it an ideal place to live in.

Rapid urbanization saw high-rise buildings slowly take over the pine trees until the July 16, 1990 killer earthquake almost turned the tide in the city with the enormous devastation it caused. European urban planners came to the city afterwards upon the intervention of the World Bank to study the state of the city’s growth and development. This resulted to the recommendation for the establishment of the Baguio-La Trinidad-Itogon-Sablan-Tuba-Tublay (BLISTT) growth area to spread the projected high-intensity development of the city to the neighboring towns of Benguet.

Parking was pinpointed as one of the major problems that will be encountered by the local government because of the expected unstoppable increase in the number of private and public vehicles accompanying an increasing population. Initially, the local government tried its effort to abate the increase in the volume of vehicles by requesting concerned agencies to impose the needed moratorium on the issuances of franchises. This was actually a useless move because we fully well how enterprising individuals circumvent any barrier to their individual convenience often in cahoots with unscrupulous agency officials. This resulted to the unregulated increase in the number of motor vehicles plying the city’s roads and barangays.

Efforts were individually and collectively done by city and barangay officials, in coordination with law enforcers, to curb illegal parking in the different parts of the city but such efforts were in vain. Undisciplined motorists have taken over control of the situation amidst the combined efforts of the local officials to abate illegal parking along all roads citywide. The local government the local government then solicited suggestions from concerned individuals and groups on how to effectively and efficiently address the worsening problem in the absence of sufficient parking spaces around the city. One suggestion is the put up of multi-level parking structures in open spaces around the central business district area, including Burnham Park. Previously, the Ganza parking has been identified primarily for parking apart from the area at the former site of the old city auditorium.

All these techno-fixes do address the fundamental issue of citizen discipline. They are intended to cater to the whims of an undisciplined population to the detriment of the wholesome development vision of the original city architect. It is ironic that the very space which Burnham wanted to protect and preserve as a green enclave for the city’s health is now being eyed as a concrete enclave for fumes, toxic motor oils and other pollutants. Discipline is the core problem so we do not expect even a clean parking lot anywhere.

The decision-making on the Baguio we want, the Baguio Burnham would have wanted, reeks of political prostitution. It only serves those who have the means to have vehicles. It only looks at those who want to have parking spaces but not those who want walking spaces, green spaces, a view unhampered by concrete and metal. The very clime officials crow about is not even factored into making the city a wonderful walking paradise for urbanites.

Let the domain of urban planning among those who want to achieve Sustainable Development Goal (SDG) 11, “Make cities and human settlements inclusive, safe, resilient and sustainable” by enhancing inclusive and sustainable urbanization and capacity for participatory, integrated and sustainable human settlement planning and management in all countries. We want the governance of Baguio to include a direct participation structure of civil society in urban planning and management that operate regularly and democratically. These are the targets and indicators of SDG 11.

We are not serving the goal of having a sustainable city with the creation of concrete solutions to the simple matter of instilling discipline among the citizenry and demanding that authorities do their job properly. Let us not belittle the voices of a few who may have the greater vision of a sustainable society compared to those who only want quick fixes. Cultural revolution, the changing of behavior among members of society, takes generations. May we remind our leaders that, as any parent knows, consistency in discipline will produce a better-behaved individual. The solution to the parking issue is to let the motorists walk and for authorities to enforce the laws.

Let the parking spaces be located outside the central business district with appropriate facilities for the access for senior citizens and persons with disabilities. Multi-level structures that destroy the panorama of the only living space in the center to the city should not be prioritized just for the convenience of motorists. We must serve the lesser served and preserve the greater good.

Let the voice be heard from those who enjoy the maintenance, conservation and protection of whatever green and open spaces. Baguio is in a fragile ecological state and we should not push further for its trajectory into a blighted city. The sacrifice we should be asked to do is to walk, and walk the talk. Save the Baguio we want!