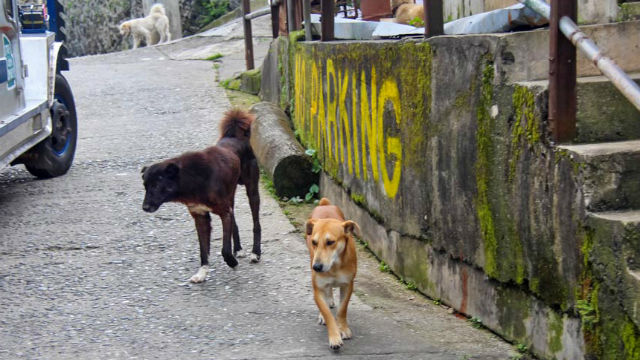 BAGUIO CITY – The City Veterinary and Agriculture Office (CVAO) committed to strengthen the local government’s ongoing campaign against the presence of stray dogs in the different barangays to help prevent innocent residents from being bitten by rabid dogs that might compromise their health condition.

City Veterinarian Dr. Brigit Piok said that the local government will be hiring additional job order employees who will be part of the different teams that will be deployed in the different barangays to strictly implement the campaign against the presence of stray dogs in the said areas to prevent the spread of rabies.

Earlier, the local government embarked on a round the clock implementation of its campaign against stray dogs in certain areas in the city that resulted to a significant reduction on the number of stray dogs in Purok 14, Irisan and Asin barangays over the past several months.

However, she admitted that stray dogs are slowly going back to the streets in the aforesaid areas over the past several weeks that caused the impounding teams to resume their unrelenting and uncompromising campaign against the said animals to teach their owners to confine them in their residences and compounds.

According to her, the CVAO frequently receives numerous complaints from residents in the city’s different barangays on the presence of stray dogs that scatter the garbage properly stockpiled in the collection points and their waste that cause inconvenience among the residents in their neighborhood.

Piok claimed that the different teams that were deployed in the past to strictly implement the campaign against stray dogs were able to get a significant number of dogs from the different barangays which were eventually recovered by their owners after having paid the minimal impounding fee at the city’s dog pound.

She proposed that the local legislative body should amend the penalties imposed against owners of dogs that are caught by the members of the city dog pound and the other fees that are being charged for their maintenance to help teach the owners of the said animals the lesson for them to confine their pets in their residences and compounds.

The city veterinarian urged dog owners in the different barangays to have their pets vaccinated to prevent the said animals from being infected with rabies that will pose a serious threat to the health condition of people that they bite and their fellow dogs that they encounter while loitering in the streets.

Rabies is a dreaded illness that can be transmitted to humans through the bites of rabid animals which could eventually cause the untimely death of innocent individuals once the same will not be immediately provided with the appropriate medical attention and the necessary injections to combat the spread of the infection to the different parts of the human body.

The city veterinary office continues to provide rabies vaccinations to dog owners from the different parts of the city to prevent the said animals from spreading rabies that could compromise the health condition of people being bitten by the said animals that loiter along roads in the different barangays which pose danger to innocent passersby.

This post has already been read 2584 times!The city identified some twelve priority investment areas that are expected to contribute in efforts