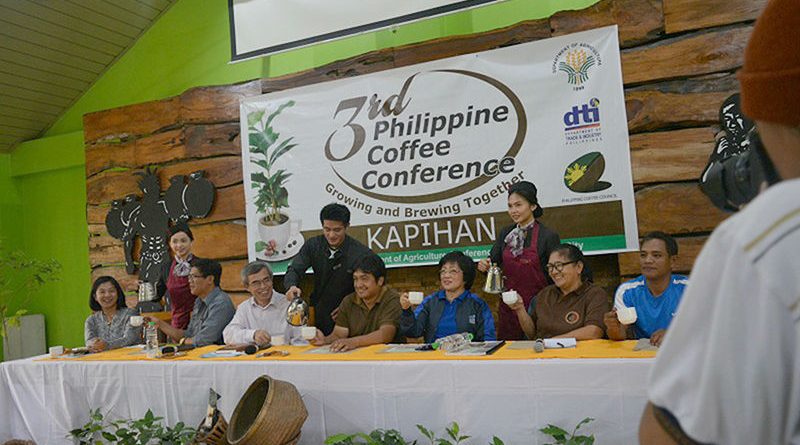 BAGUIO CITY – The country’s Summer Capital will serve as the host of the 3rd Coffee Congress which will be held on March 20-21, 2018 at the Hotel Supreme.

“We are elated over the overwhelming attendance that we were able to get for the conduct of the 3rd Coffee Congress which will be hosted by Baguio City for the third consecutive time. We hope that you will continue to gain more support from the farmers for the sustainable increase in the production of coffee around the country to make it one of the country’s major crop,” Pablo stressed.

Coffee is the second most traded commodity in the world. It is grown in about 50 countries along the equatorial zone called “the Bean Belt,’ and among the most popular variety are Arabica, which thrives best in the Cordillera and Robusta.

Aside from being the 5th top coffee consuming country in the world, Pablo noted that the Philippines is the top importer of soluble coffee in the world.

The DTI-CAR official claimed that the country’s total coffee production in 2017 was 475,000 60kilogram bags compared to the 68,655 metric tons coffee production recorded by the Philippine Statistics Authority (PSA) in 2016.

Pablo claimed that the country’s coffee road map from 2017 to 2022 aims to have an industry that is cost-competitive, aligned with global quality standards, reliable and environment-friendly and provides sustainable benefits to farmers, processors, traders and exporters.

The potential targets of the road map by 2022 include the total production of 214,626 metric tons, total area planted of 213,788 hectares, yield per hectare of 1 metric ton and sufficiency level improving to 161 percent.