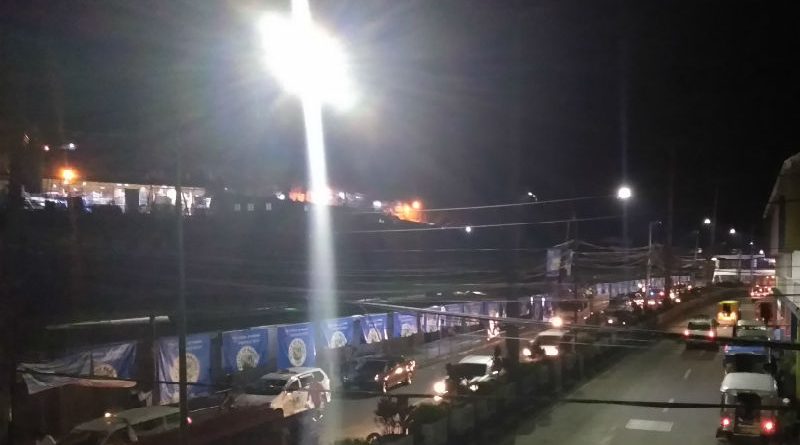 BAGUIO CITY  – The city will be have the long overdue Light Emitting Diode (LED) streetlight fixtures if it accepts the offer of the Benguet electric Cooperative (BENECO) to replace the existing high pressure sodium bulbs with the environmentally-friendly and energy-efficient bulbs.

BENECO general manager Gerardo P. Verzosa formally submitted the offer of the rural electric cooperative to the city government for the former to replace all existing unmetered high pressure sodium streetlight fixtures with LED fixtures at no cost to the city.

Under the said unsolicited proposal, BENECO will shoulder the required investment cost for the conversion of the streetlight system to LED.

Further, BENECO will be responsible for the repairs and maintenance of the LED fixtures for a period of 10 years and that it shall bill the local government the cost based on the high pressure sodium streetlight consumption of 12 burning hours from the current 10 burning hours.

Verzosa explained the power bill for streetlighting will reduced significantly by 40 percent once the bulbs will be replaced to LED fixtures, and this is equivalent to more or less P20 million annually starting on the 6th year up to the 10th year.

Based on BENECO’s computation using the actual January to June 2019 rates, he disclosed the 10-year discount offered to the city government is around P10 million but the amount of the actual discount will depend on the electricity rate for the month.

Moreover, the average monthly energy consumption is 538,462 kilowatt-hours with an equivalent billing of P4,061,544 using the average from January to June 2019.

In the light of the passage of the Murang Koryente Act, Verzosa underscored there is the possibility the discount will be further reduced due to the reported non-payment of stranded debts and stranded contract cost.

However, he asserted new streetlight installations shall be covered by a separate proposal and memorandum of agreement to be undertaken by both parties.

In February this year, BENECO returned to the city government the management and operation of the over 8,700 high pressure sodium streetlight bulbs around the city after it incurred significant losses over the past 6 years that it had been maintaining the same while awaiting the city’s plan to convert its streetlight system to LED.

In 2013, BENECO and the local government entered into an agreement for the former to takeover the management and operation of the city’s unmetered streetlights with the power consumption computed at 12 burning hours while awaiting the conversion of the streetlight system to the state-of-the-art LED.

In 2011, the City Council approved Resolution No. 446, series of 2011 which prescribed the terms of reference for the conversion of the city’s streetlight system to environmentally-friendly and energy-efficient LED system to allow the local government to save on the reported excessive power consumption.