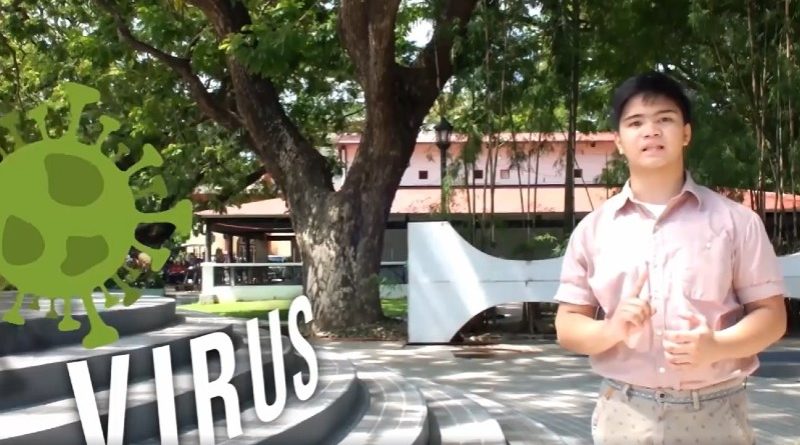 The video entry of Jeff Winxin Collado, 17, of Baguio City, made the finals of 2020 Breakthrough Junior Challenge, a global science video contest that offers a total of $400,000 in prizes.

This was announced by the organizer of the contest, Breakthrough Prize Foundation, on September 22, 2020 at San Francisco, California, USA.

Collado’s video entitled “Zoonotic Spillovers” became the top scorer of those videos relating to COVID-19 and pandemic science in the “Popular Vote” phase. This allowed him automatic entry to the final round of judging.

Ramez Rizk of Eygpt, with his video on string theory, was the top scorer in the “Popular Vote” portion of the global competition which reached close to 2 million people during a 15-day contest.

Rizk, like Collado, will also receive automatic entry into the final round of judging.

Collado and Rizk’s entries are among the 30 videos that qualified for the semifinals.

There were originally hundreds of entries of students who were tasked to submit engaging, imaginative and sometimes humorous videos to demonstrate difficult scientific concepts and theories in the physical or life sciences.

A group of 15 impressive students from around the world who created short videos about big ideas in life sciences, physics, mathematics, and a new COVID-19 category made the finals.

The Popular Vote contest ran from September 5 to September 20 on the Breakthrough Prize Facebook page, and invited the public to support their favorite submission by “liking” and “sharing” it.

Collectively, the 30 semifinalist videos reached close to 2 million people, helping to teach and inspire minds across the globe.

The winner of the Breakthrough Junior Challenge will be awarded a $250,000 college scholarship. The science teacher who inspired the winning student will receive a $50,000 prize. The winner’s school will also receive a state-of-the-art science lab valued at $100,000.

The winner receives the prize at the annual Breakthrough Prize ceremony, alongside new Breakthrough Prize laureates representing some of the most acclaimed scientists in the world. Due to the pandemic the ceremony has been postponed, and is now planned for March 2021.

Since its launch, the Breakthrough Junior Challenge has reached 202 countries, and the 2020 installment attracted more than 5,600 applicants. The contest is designed to inspire creative thinking about fundamental concepts in the life sciences, physics, and mathematics.

For the sixth year, students ages 13-18 were invited to create original videos (up to three minutes in length) that illustrated a concept or theory in the life sciences, physics or mathematics.

For this year’s challenge, participants had the option of entering a special submission section focused on the science of pandemics.

By establishing this new category, contest organizers gave students the option of exploring a number of the themes that ring especially relevant today, including epidemiology, virology, modeling a disease outbreak, the mathematics of exponential growth, immunology, biostatistics, and pandemics such as COVID-19.

All videos were evaluated based on the students’ ability to communicate complex scientific ideas in the most engaging, illuminating, and imaginative ways.

The field was then narrowed down to 30 semifinalists, which represented the top submissions after two rounds of judging: first, a mandatory peer review, followed by an evaluation panel of judges.

Breakthrough Junior Challenge is a global initiative to develop and demonstrate young people’s knowledge of science and scientific principles; generate excitement in these fields; support STEM career choices; and engage the imagination and interest of the public-at-large in key concepts of fundamental science.

All video entries can be viewed at breakthroughjuniorchallenge.org.

By Armando M. Bolislis, with reports from Breakthrough Prize Foundation