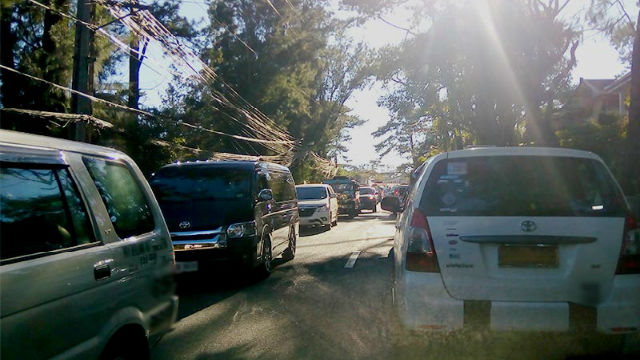 The city will be employing a 3-pronged approach to discover technology-based solutions to the city’s pressing problems on traffic, air pollution and the diminishing green cover spaces.

She disclosed that the city is allegedly now unhealthy because of the presence of serious problems on traffic, air pollution and the diminishing green cover which must be immediately addressed.

The city planning officer claimed the academe is the avenue for theory, the industry is the venue for technology and the local government is the place for the application of the theories as a vast laboratory for the determination of the right solutions for the prevailing problems.

Tabangin claimed that among the pressing problems of the city that deserve immediate attention, including the prevailing traffic jams that contribute to air pollution and the rapidly diminishing green cover spaces.

The planning department head emphasized that the recovery of the 3-meter easement along waterways is one of the giant steps in providing additional green corridors that will serve as part of the efforts to bring back the greenery of the city, aside from pushing for the implementation of urban and survival gardens not only on the ground but also on rooftops and the sides of buildings.

She underscored the importance of the active participation of the academe in the crafting of programs, plans and activities, geared towards finding the technology-based solutions to the city’s present problems triggered by rapid urbanization thus the city wants them to be part of the planning and execution stages of such initiatives to sustain the gains of the city in improving its existing green cover spaces.

She admitted the city already exceeded its prescribed carrying capacity that is why efforts should be done to work on addressing the existing problems through a 3-pronged approach.

One of the present administration’s 15-point collective agenda is the revitalization of the city’s environment through various programs, projects and activities, to help bring back the good state of the environment which is its major pull in enticing people to visit the country’s undisputed Summer Capital.

12       12SharesThis post has already been read 220 times!The ongoing negotiations between the members of the city’s Public Private Partnership for