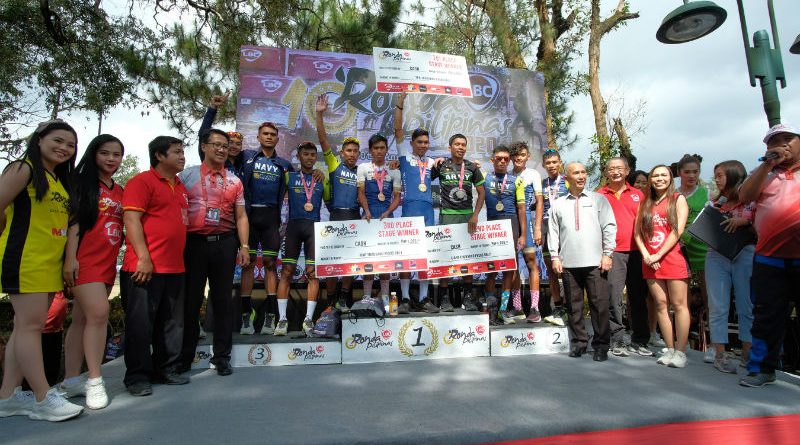 Baguio City – Daniel Ven Cariño of “Go for Gold” led a 10-man peloton that topped the Palayan-Baguio stage of the 2020 Ronda Pilipinas, on the way to securing the Under-23 Award and Top Ten finish in the individual overall crown.

Carino, a Mangaldan, Pangasinan native, showed he can hold his own in climbing the steep mountains of Baguio and Benguet as he matched the climbing skills of his competitors in taking on the steep roads leading to the city of Pines.

He first crossed the finish line along Lake Drive in Burnham Park with a time of 4 hours and 30 minutes to rule the 8th stage of the tour.

Joining him at the podium were Bicycology Army’s Marvin Tapic, whom he outsprinted at the finish line, and teammate Jonel Carcueva.

The Baguio stage victory also anchored Cariño’s winning of the “MVP Young Rider” award, a citation given to the best rider who is 23 years old and younger, and a place in the overall Top Ten.

George Oconer, who failed to win a single stage during the event, topped the individual honors and led his team, the Standard-Navy’s Ronda, in dominating the Team honors,

Oconer accumulated aggregate time of 32:42:12 after 10 stages of races that ran through 14 provinces starting in Sorsogon.

Go for Gold’s Carcueva, Carino, and Ismael Grospe, Jr.., and Tapic round out the count.

Only 68 riders or 88 entries managed to complete this year’s races.

The 43-year-old Barnachea was a young participant of the then famous Marlboro Tour in 1997 and 1998.

Incidentally, Norberto Oconer, the father of this year’s winner, was part of the national team that saw action in the 1996 Marlboro Tour,

Carino is seen a one of the options to replace the veterans of the race who are also considering retirement.