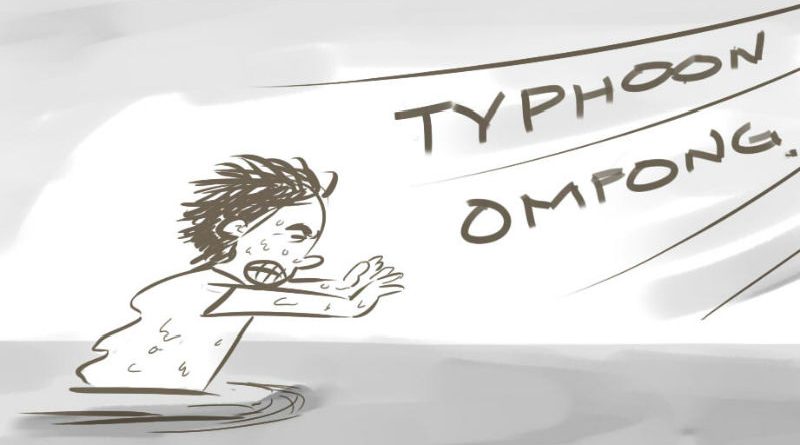 Baguio city and other urban centers in northern and central Luzon were heavily devastated by the wrath of the July 16, 1990 killer earthquake that brought the country’s undisputed summer Capital to rubbles as if it will never rise up again. The road to growth and development was challenging at the start but because of the unity, teamwork and cooperation of former and present local officials, the city has risen up to become a formidable force to reckon with in terms of socio-economic growth.

Being in the path of annual weather disturbances, the city has experienced typhoon-induced calamities, particularly Typhoon Feria in 2001, Typhoons Pepeng and Ondoy in 2009, Supertyphoon Lawin in 2016 with the latest Typhoon Ompong last September 15, 2018. All of the typhoons and weather disturbances that inflicted serious damages to the properties of residents and caused hundreds of deaths brought record-breaking rainfall. Based on the geohazard map prepared by the Cordillera office of the Mines and Geosciences Bureau (MGB-CAR), most of the city is made up of highly fracture soil and rock formation that when exposed to huge volume of water could result to soil erosion, rock and landslides, posing a serious threat to lives and properties. Part of the recommended mitigating measures to address hazards in hazardous areas include the construction of sturdy stonewall protection, construction of the appropriate drainage systems to channel the huge volume of water passing through the highly fractured solid and rock formations, among other construction and engineering interventions, to lessen the occurrence of erosions and landslides.

The MGB-CAR also recommended that identified high risk areas should be no-build zones. Due to the influx of migrants to the city in search of livelihood and employment, these critical areas have been built upon by either informal settlers or enterprising individuals wanting to gamble with life.

During the visit of Typhoon  Ompong, the social and mainstream media were flooded with images of the destruction in the city. Surely there was flooding  in low lying areas of the city, particularly along Harrison road and within Burnham Lake. The roads became rivers also. These are realities which cannot be covered up even if they occurred in specific areas and were quickly dissipated. Indeed, because of the already over populated urban center, the city’s drainage system can no longer handle the huge volume of water brought by typhoon.  For that Saturday alone, the rainfall in the city reached 760 milliliters, way above the projected September rainfall for the city at 560 milliliters.

With the August 1,600 milliliters of rain exceeding its 905 milliliters projected rain volume,  obviously, the city’s soil and rock formation was already clearly over saturated.

We really need to individually and collectively prepare for worst case scenarios during extreme weather disturbances.  We must remind ourselves that calamities strike anytime without prior notice and the best way to mitigate the effects of calamities is preparedness. Before the onslaught of weather disturbances, appropriate advisories are issued by concerned government agencies and even the local governments to prepare for the worst case scenario. In most cases, we simply take these for granted and then put the blame on the government if something happens to us and our properties.

Let us bear in mind that we have our own individual responsibilities to ensure preparedness by making our families prepared. This way, we are helping reduce the impact of these calamities on our own lives.

It is for our own security that we comply with orders for pre-emptive evacuation.

It is not the time for us to fault-find. It is not also the time for us to use the grief of our calamity victims to advance our own personal and political interests. It is unfortunate that there are some politicians who continue to think about their political ambitions even during calamity situations that is why people are now condemning those who seem not to cooperate with our well established values. It is also reported that there municipal mayors in the Cordillera who were not in their posts during the difficult phase of the typhoon when monitoring and urgent response was the need of the time.

Anyway, rest assured that Baguio City and the other parts of the Cordillera, will continue to be resilient and rise up from these recent disaster. The city’s momentum towards growth and development will continue despite the challenges that confront the local government and it bodes well for the city’s leadership to actively listen and consider the well-meaning concerns of its constituency. The welfare of the constituents must be made central if the city is to adapt to climate change, an indicator of which are Ompong-like weather disturbances.